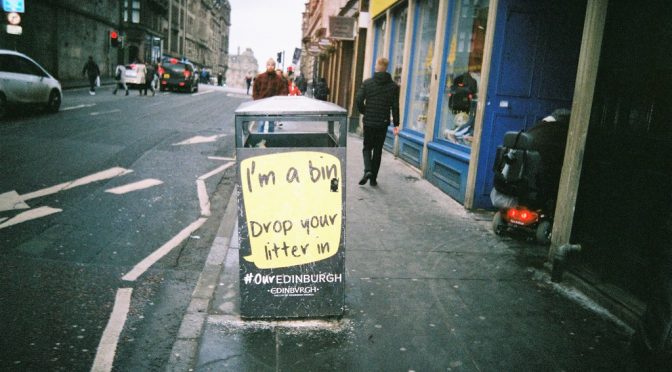 Regular readers will know I have a love for those cheap ‘n cheerful Lo-Fi cameras that other reviewers wouldn’t touch with a barge-pole. But even for me there are some pretty inexcusable garbage that tries to pass themselves off as being a camera. Here’s my top 10 plus some views of others in what cameras you really want to avoid.

We have some surprises as we go from Halina to Leica in this list. But do you agree and what would you add ?

A matter of taste…

There’s plenty of cameras that are crap to one user and lo-fi gold to another (e.g. the Halina Panorama). This list is not about those nor those cameras that just disappoint but still take okay shots.

At this point some of you might be screaming a bad workman always blames his tools. But whilst that true some of these are equivalent to handing Michelangelo a blunt chisel and telling him to paint the Sistine chapel with it. Yes I suspect many of you could pick up some of these and take fine shots but really the effort and film wasted isn’t worth it

So here’s my ten in no particular order and I’ve also some picks from fellow bloggers at the end . But what would you add to the list ?

Possibly the most pointless camera on the list. You’ll not find the name Halina in any list of classic or top cameras. Haking’s own brand cameras however are often cheap and cheerful copies of better known cameras. And some are not bad.

But this is just mince. It looks like any other 1990’s AF Zoom compact. Except they left out the AF. Yes you heard right it’s over engineered fixed focus with pretty rubbish optics before you start zooming and exposure system with glaucoma. The question is why ?

What the 40’s British Design classic ? Have you gone mad ?
Granted it does look pretty on the shelf but trust me, just leave it there. You can put a pig in ermine robes but it will still be a pig. This camera is just a reworked cheap 1939 box camera that had a rubbish lens and less features than a 1901 Brownie No 2.

The misuse of the Trip brand by Olympus is legendary. No camera that followed the Trip 35 would ever be deemed classic. But there’s many an okay and quirky camera with that moniker.

This is not one.

Oddly described by some as the Olympus Lomo (it’s not). This is just awful. The plastic lens starts off soft even when your at focal point and seems to have a DoF of about 3 inches. There’s tons of aberrations but not in a good way and it’s flash will tend to fire even in broad daylight . It’s glass lensed sibling the Trip 505 cost just little more in the day but offered a a huge leap in image quality and is a real contender for the Olympus Lomo title.

Pretty much ever job lot on eBay seems to come with these. I suspect its because folk are trying to rid themselves of these accursed items by bundling them with quite good cameras at knock down prices. This is a camera geared for taking panoramic shots but the absolute muppet who designed it set the focal point too close meaning things a couple of metres away are (relatively) in focus but anything further isn’t. And they are a curse because otherwise they’re working and none of us like binning a working camera. Hence they’re a job lot regular.

In 1987 those crazy Russians at Lomo decided they wanted a piece of the action that Simple Japanese fixed focus flash cams like the Konica Pop series were getting. It’s picked up a bit of Kudos for two reasons. The first is absolute tripe. It’s often found on eBay as a rare soviet camera. It would only be rare to find one outside Britain as over 75,000 were made and only for UK export. The second reason is the Minitar-1 lens also used in the LC-A. Works great on the LC-A, not so good on a fixed focus camera made out of pig iron.

Now Konica made some great compacts but the EU-mini isn’t one of them. Like many other cameras here it looks the part but it really isn’t. The lens is more dodgy than some campaign promises made on the Brexit referendum, with a woeful distorted & myopic view given. The exposure’s there but the view just ain’t. Trust me no one is voting for this option.

Known as the Hong Kong Lomo, this is Haking’s take on the Cosina CX-1 & CX-2. For a Halina, it is well put together with an innovative sliding design and built in flash. Just a shame the lens is guff and not helped by the lack of a genuine exposure system. All Fur coat but Nae Knickers as my granny would say.

Now Lomography deserve some Kudos for resurrecting the 110 film format. However they did their best to re-bury it with the Diana Baby . The concept was simple – ape the Diana camera as they successfully did with the Diana Mini and later the Diana Instant Square. Sadly they spent too much time designing the camera to look like the Diana, ignoring practicalities & the lens. unloaded the camera looks the biz. But it doesn’t look so clean loaded, has a shake inducing shutter switch on the lens (fine on the bigger format cameras but real pain here). There’s the flash sync completely useless as no mount or point for a flash bracket.

Then there’s the mess of the standard lens. It’s not so much as lo-fi soft but more totally out of any focus. Weirdly the optional wide lens is much more useable but the standard one is just rubbish. Just buy any vintage cheap 110 instead and save yourself a fortune.

On one level when behaving these are straight forward and average performing AF Zooms from the early 1990’s. Essentially the same cameras with just some minor tweaks as you can see from this review at 35mmc. The problem is the Auto Standby Zoom (ASZ) feature. ASZ was intended to intelligently zoom the camera to compose the subject when you hold it to your eye. In reality you’ll end up with folks looking at you screaming at your possessed camera as the zoom flies about in an uncontrollable fashion. Funnily enough you don’t find it on a feature of cameras made today.

Again one of those cameras that sound great but are just crap. Why not give folks a camera which has 2 lenses built in. Now if the lenses were any good this could have been a lomographer’s wet dream but sadly these two had the ominous Japan made seal of crapness. They are just mince and are even just 10mm in focal length difference making the entire camera pointless. The body is also a brilliant example of the worst of the 1980’s.

If you thought that lot were weird choices..

Now I asked some fellow bloggers what they would list as their crappiest cameras. Boy did they let go with some gusto.

Alex Luyckx nominated the Mamiya Universal (which he reviewed on his blog). “the lenses and optics on this camera are top notch. The problem is that Mamiya had the chance for greatness building a medium format press camera and take advantage of all the ease of roll film, instead they built a roll film camera with all the unforgiving features of a 4×5. Not to mention an awkward user interface.”

Jim Grey of Down the Road suggested both the Trip 500 (see his review) but also the Nikon Zoom Touch 400. In his review he reflected that “My mom used this awful camera for about 20 years to record family events. Mom, I’m really sorry you had to suffer with this piece of crap for so long.”

Mike Eckman went for the technological monstrosity that is the Konica AiBorg. “What I hated the most about the Konica AiBorg is that they had this idea to design an innovative camera with a unique body and fun bonus features, but gave it a viewfinder nearly as small as that from a Kodak Retina, the worlds slowest zoom, and absolutely horrible ergonomics.” Read his full review on his blog.

Emmet Brown of Emulsive.org picked the Hassleblad 500CM with older C lenses. “Why? Simple. The reason why film photography “slows you down” or at least, the reason for that statement existing is the f&*king stupid bare scalloped metal rings on those old lenses. they slow you down because 73.4% of the time, you’re bandaging your fingers up (which will be bleeding by the second roll). If you happen to be shooting in hotter climbs, the burns will get you. Colder climbs result in lost skin, frostbite and ultimately, death.”

Stephen Dowling of Kosmo Foto picked another Cosina CX-2 clone, the Chinese made Zenit ME35. ” It is without doubt the worst camera I’ve ever used. The ME35’s futuristic good looks are similar to the Kodak Advantix compacts / but in comparison it’s a resolutely unsophisticated. It’s focus free, has a fixed shutter speed and the aperture only changes with the ISO selection. How does it expose properly? By firing a flash as subtle as a nuclear detonation, whether you need it or not. “

So what did you think? Do you agree or disagree with these choices? Have we missed something that is just bloody awful or have we relegated an absolute classic to the bin ? Join the discussion below.

11 thoughts on “10 Crap Cameras That Are Just Crap”