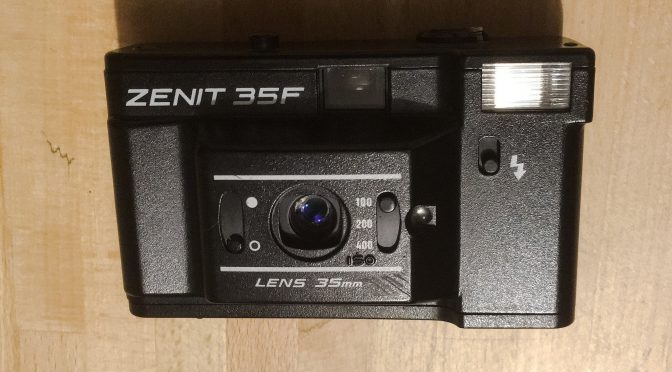 The Mintar-1 lens is probably most synonymous with the love it or hate it Lomo LC-A. But a variant pops up on a simple fixed focus compact that Lomo foisted upon us Brits, the forgotten Zenit 35F.

Although Zenit was a brand used by another soviet era company KMZ (usually for the might Zenit SLRs), weirdly Lomo got away with using it on some export cameras (one of my LC-A has Zenit markings). The 35F was sold domestically as the Lomo 35F but it seemed us Brits lapped it up more as the Lomo 35F cameras are pretty rare. They were geared to compete against the likes of other simple fixed focus shooters of the late 80’s like the Olympus Supertrip which were popular in the 80’s and early 90’s as cheap ease to use shooters. 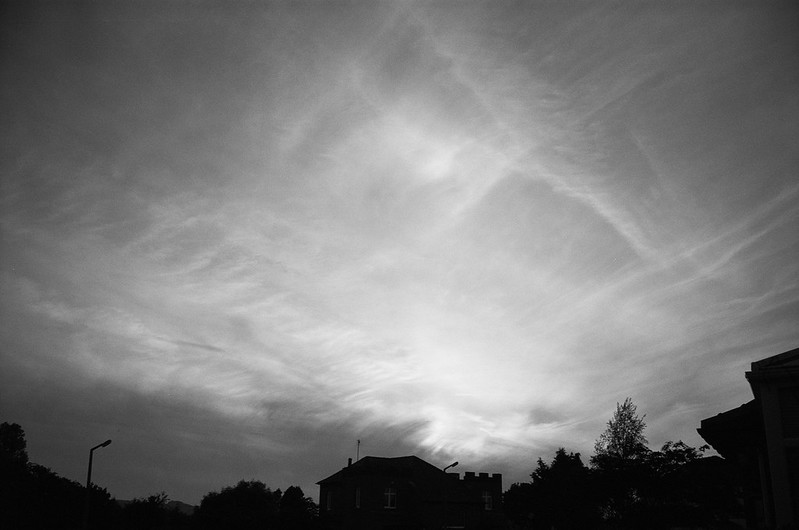 Like the Supertrip the camera features not just a fixed focus lens but a fixed shutter speed and when you set the film speed  you actually set the aperture. All these cameras rely on the latitude of film to allow for a couple of stops of over and under exposure rather than truly adjusting. If light falls to low a low light LED is triggered to let you know to turn on the flash. There is a tripod mount but that’s all in terms of frills

It is a marginally bigger and 80gms heavier (at 264gm) camera than the Supertrip as there’s more metal here. It does support a better IMHO lens cover lever and more logical light sensor position (on the supertrip the sensor is behind a clear plastic at the top odd more prone to getting fingers over) but the Supertrip does offer 2 flash settings. The viewfinder is simple with no marks (camera shots just a smidgen off centre to left)

In use it is pretty simple stuff – just point and shoot unless the low light LED comes on (as usual around EV11). The batteries are only needed for that circuit and the flash and the camera will work well enough without. Sovietcams and other describe it as a 35mm 1:5.6 lens meaning the aperture settings are likely f/5.6, 8 & 11.

The results are pretty dependant on the film speed setting. Using 200 ISO film things are okay in the short to median range as this shot of the main road in Lockerbie shows.

But look over the road (~10m) and things start to get worse (I do think things are a tad worse to the edges too). The clock tower is struggling and starts to show some mild pincushion radial distortion. But like the LC-A with 400 ISO B&W film it’s another beast. Things are crisper (although beyond 30m just still soft although shots of the dusk sky came out well). Colours do pop a bit but not as noticeably with the LC-A and there is next to no vignetting even at 400ISO (f/11). Flash seems good enough and actual has a bit more power than some but as ever best around 2-3 metres with 200 ISO. 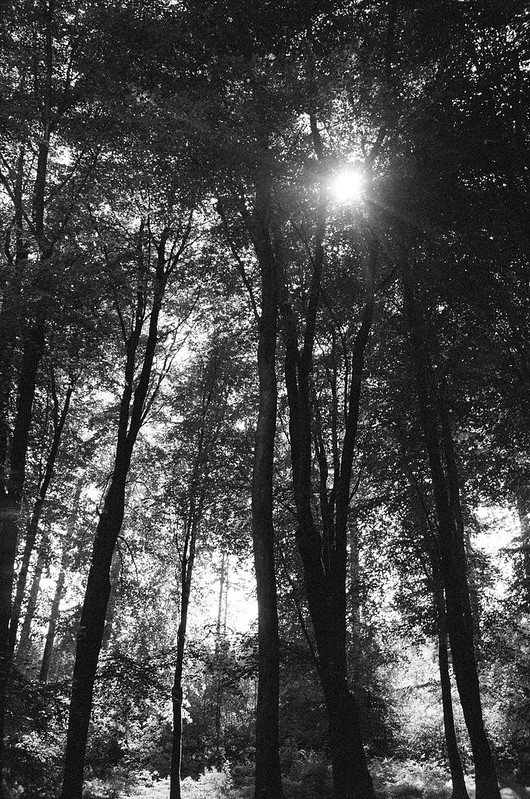 Not as good as the Supertrip of Goko UF optically but better than the Kodak 35EF and Halina micro 35. Its has grabbed a bit of the Lomo hype due to the minitar-1 lens and is often overpriced versus better rivals (it’s often claimed to be rare but over 75K were made). If you are a FSU camera collector, Lomo (as in’ography) boy or a wanna try the mintar-1 but can’t afford the LC-A – for everyone else there are cheaper better cameras in the class.