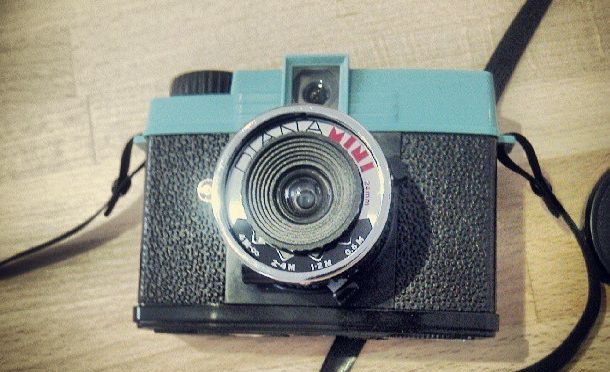 With the festive period upon us, it is easy to forget that the Canny Photographer’s auction season is about to begin. Once the mince pies foils and empty port bottles head off for recycling, many folk decide now is the time to clear out stuff and the period up to Easter tends to feature a surplus of thing appearing in auctions or second hand sites while many buyers are actually of the game trying to pay off the festive overdraft

What we have here are 7 fun to use cameras that have a cult following that you may benefit from this. Some are still made and will be generated on auctions as unwanted prezzies, others stopped production decades ago. With a bit of luck none should cost you more than £25 and many will be a lot less. I’ve set the bar at that level and I’ve also excluded high end cult classics like the elite AF compacts, SLR and Rangefinders.

Have a look at the list. If you think I’ve missed a better cult classic add it in the comments

On Xmas morning  a fair number of these will be turning up under Xmas trees and withing a week or 2 a fair number of those will end up eBay etc BNIB. Lomography’s 120 film plastic number is modern classic with a large cult following despite its toy class credentials and oozes retro style as well. You can decide if it was a freespirited move on behalf of those Zany Austrians to bring back a overlooked classic or canny market analysis of the serendipitous success of Holga. It has outlived the Holga and although for my money the 120 Plastic lensed Holga just nudges it in base configuration in the image taken, the Diana is more flexible with its interchangeable lens options and fantastic retro styling.

Buying it new with flash from Lomography will set £79 +P&P but even in the pre Christmas auctions you can pick same BNIB for about £20 less and a used Diana F+ can be bought for £20 in less popular colours. Expect these prices to tumble mid Jan as unwanted Xmas presents flood the market – best deals on the unloved colours and try to get a flash set.

Not quite Your Cuppa but near then try …..

Arguably the best known 35mm compact ever made as well as a design classic and capable of taking incredibly sharp shots. You’e not likely to see that much more available but the decrease in competition will be a boon.  Over 6 million made and pretty reliable so going for the found old camera for the £10-20 mark can be a reasonable gamble. A bit more will get you one tested  a varying degree of CLA.

Razor sharp Zone focus optics and with a simple but effective battery free exposure system and killer classic retro looks this is one of the most beloved camera ever made and still for me the benchmark to measure other compacts against. I’d argue if there was one working camera you should try in your film lifetime it oughta be a Trip.

Near the mark but…

Although Lomography deserved Kudos for re-surging the 110 format, this is arguable the toy 110 you wanna buy starting out. It is a tiny box camera where the film will stick out out of its sides with fixed focus, shutter and aperture. But on a good day it can produce some nice images. Not quite the 110 VUWS but not far off and gaining a bit of a cult status. 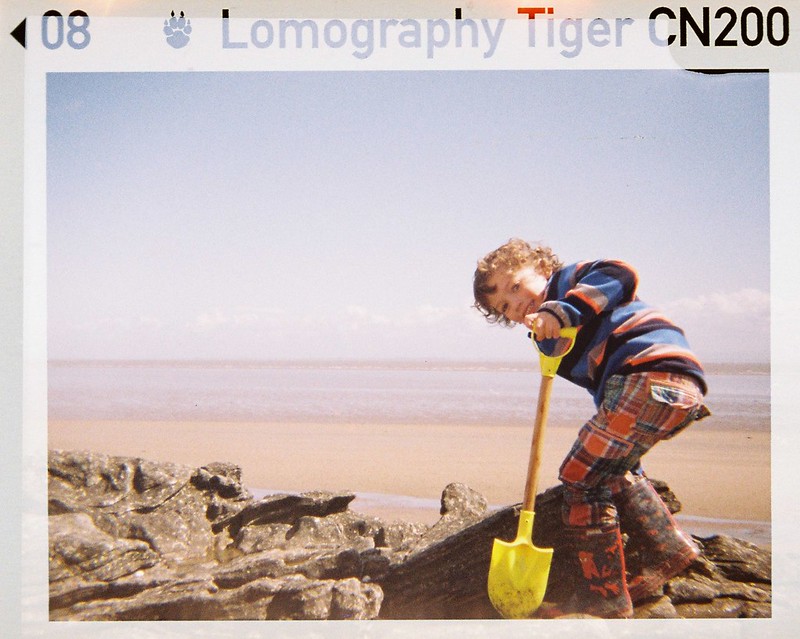 For a tiny pile of plastic well though out although I’m not sure how well it’ll last (many on sale seem to be as new in box). Expect to pay under a tenner and although the market isn’t likely to flood in January – the paucity of buyers will help.

Other 110 mini wonders to consider

Olympus’s 2nd appearance on this list is arguably the spiritual successor to the Trip 35. The XA series  was a marvel of ultra compact engineering but it was the pseudo zone focus XA2 that probably shifted the most units and this means it can be sought out for just a few quid. Many film minded folk still carry one as their pocket camera and it has a cult status. Sadly despite that it weirdly plays second fiddle in the sales value to the LC-A despite the XA2 being a clinically better camera.

Although the base XA2 is widely available there is some collectability value to the whole 5 model  XA series. IMHO silly money goes on the rarer XA4 macro focus model often leading it to sell for more than the brilliant original XA rangefinder. Main niggle is the membrane shutter button and you’ll have to live with the proprietary flash mount.

Grabbed you but not enough. Try these

Again another Lomography product that you benefit from being unwanted Christmas gifts. The Diana mini on one level is a an incredibly gorgeous titchy version of the the Diana F+ that shoots 35mm and feels better made. On another it can be the most challenging camera you’ve ever owned.

It’s lens is not great and famously the focusing is pretty pointless but on a good day it can produce wonderful retro square or half frame rectangular images. Although the lens is interchangeable there is a wide range of accessories and this tiny thing comes with a cable tread point. It sells often for a bonker premium (on eBay the Diana F+ is often way cheaper) and pre Christmas auctions reflected that. But in the next few weeks expect the unwanted presents to go to auction…

No quite your tichy plastic fun then see here

AKA the poor man’s Lomo this is the killer plastic lensed ultra compact that has developed a massive following. Although just a basic fixed focus, shutter and aperture box, the lens is a killer despite being plastic

The original VUWS was made by Sunpet for Vivitar and purportedly intended as a freebie give away and not intended to be commerical sold although later it ended up in poundshops a decade or so ago. Thankfully Sunpet still sells it and a host of companies resell VUWS clones most notably Superheadz. You’d expect to pay £20-30 for a new ‘un but orginal VUWS turn up now and again. Xmas prezzie  resales will be smaller than Diana or Diana mini but will have an impact on prices.

Weirdly Halina manage a second mention here with a pretty basic plastic cam based on Kodak’s panorama format (luckily you can still get processed in any lab that does 35mm). It shouldn’t work but for some reason it does and has a cult status. Everything is fixed so only a shooter for reasonable conditions and you’ll need to judge what to load (400 ISO probably the safest)

The panorama format basically gives a wide screen format to a 35mm frame meaning the top and bottom of the frame is lost. You can snap the mask out and use this camera full frame if you want. Everything is fixed with a 28mm lens but it still manages not awful images. If you really need to use flash there’s the Panorama F with built in flash.

For full review click here. Expect to pay well under a fiver

Not quite your thang ? Then try 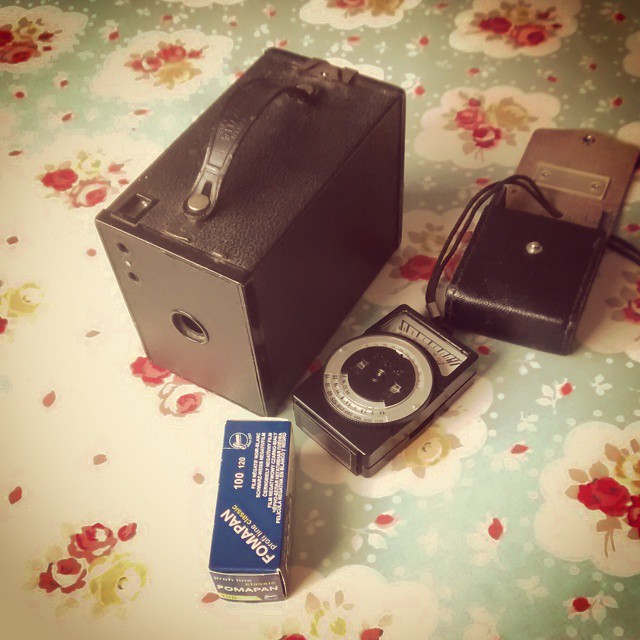 Introduced the year Queen Victoria died, the No 2 was hot on the heels of the original Brownie and gave us 120 medium format film making it the oldest mass market camera in the world you can use without tweaking. Incredibly simple but bomb proof design means that the later metal versions are widely available and still usable today. Brownies have cult following and this perhaps is the cheapest entry point as well as a big slice of film history.

Scarily it is more advanced in features than some on this list offering a choice of 3 apertures and the option to switch to what we’d now call bulb mode. The images from its fixed focus simple lens has a classic vintage signature. Millions were made in 34 year run and there is a collectibility factor for some of the rare versions including the fantastic Art Deco Beau Brownie No. 2. The standard black sells for relative peanuts however. Downside is 8 shots a roll.

Like the models from Olympus and a Halina, there won’t necessarily be more after Xmas but competition will drop. Grab a slice of history for somewhere between a quid and a tenner just don’t buy a No 2A by mistake as takes defunct film.

That’s my 7 but what would you include ?