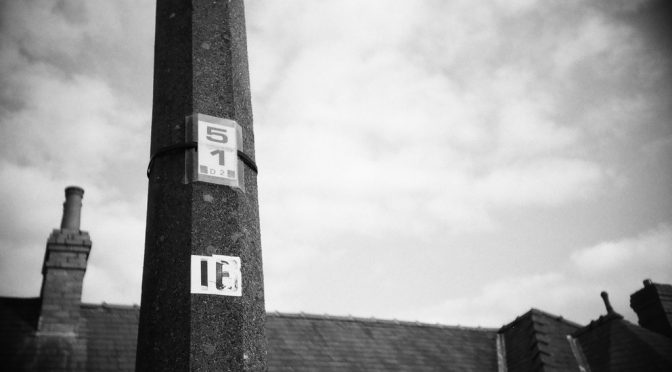 The Lomo LC-A is usually a bit of a marmite* camera.  But stick in some B&W  and it becomes a different beast and actually does pretty well.

You still benefit from all of the camera’s strengths – the fast lens, shutter that can shoot from 1/500 right down to 2mins.  As a street shooter its compact nature, relative quietness and 32mm wide lens make it handy. Okay you loose the colour impact of the lens but what you get is a pretty good B&W shooter. Don’t believe me? Well try loading a roll of C41 B&W film like Ilford XP2 or Kodak BW400CN that you can buy in Boots for 2 rolls for about £12 and get processed at any labs.

These films are all locked at 400asa and probably suit the Lomo the best. I’m not going to claim the LC-A has as sharp a lens as others like the Olympus Trip 35 but at faster film speeds the narrower aperture helps. You still get a little vignetting though.

The results are good although in fairness no better than any other reasonably competent P&S. Unlike others adding a yellow, orange or red filter ain’t an option (although the LC-A+ does allow filters). The LC-A’s tendency to sometime under expose remains a curse and a blessing. Lower speeds are acceptable but not always as sharp. For colour this is less of an issue due to chromatic colours shifts and the effects they produce, but here that’s not an advantage.

4 thoughts on “Film Noir with the LC-A : How the Lomo learned to love B&W”