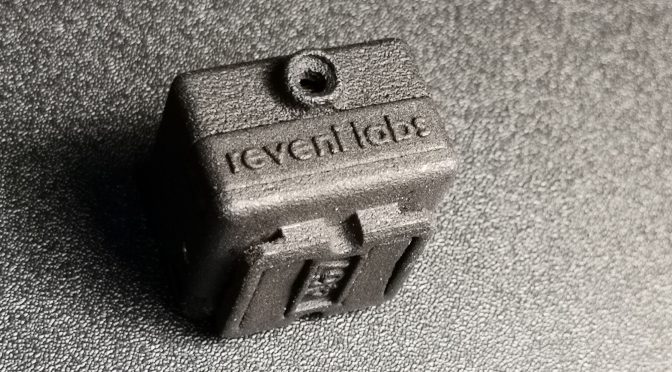 2020 is probably going to be remember for quite a few thing but tucked away under all the strife it could have been know as the year of the external lightmeter to us film shooters. Just before lockdown kicked in a new Kickstarter appeared for this Lightmeter. But as well as the impact of Covid-19, it wasn’t to have the market to itself. But how does it stack up now it has appeared ?

Since the creation of the first camera folk have been trying to come up with ways of calculating the exposure settings. The first light sensing cell meter arrived in 1931 with the Rhamstine Electrophot DH. Whilst not exactly that handheld, it was the start of a process that would lead to small handheld meters and eventually in built coupled light metering systems that most non budget cameras had from the 1960’s on

But if your vintage camera doesn’t then you’re either going to calculate the setting using Sunny 16 or use an external meter. Now that isn’t hard to do. Even today you can buy brand new handhelds like the polaris SPD100 that I occasionally use (it’s geared for strobist but still has basic modes)

But an alternative is a clip on meter. Some cameras like the Nikon F or Ricoh Singlex had a proprietary one. But there were many that clip into the flash accessory shoe

You can still buy vintage ones and until now there only one company making new clip on meters. That is Voigtländer with their VC or VCII.  As Johnny Martyr discussed in his round up these are beautiful pieces of kit- well made but priced to match at over $200 – much more than a modern handheld and way more than a $10-20 vintage handheld on eBay.

Enter Matt Bechberger of Reveni labs on Kickstarter. Matt set out to put Canada back on the film map. Their meter offered a much more cost effective solution. Granted with a plastic shell it didn’t look as gorgeous as the Voigtländers but it was going to be a third of the cost. So that should have been it.

But Reveni arrived just as Coronavirsus was starting to be mentioned and it turns out it wasn’t the only low cost clip on out there. Several Chinese made meters turned up at the same time with similar features for even less money.

Both meters on test have that similar black plastic 3D printed type shell. The Reveni is much smaller and has it’s LCD on the rear where as the V-201X has a top down display. Neither looks polished but Reveni looks less mock up than the V-201X and does have a Logo. However the V-201X is available for still less than the cost of the Reveni in a brushed aluminium casing which looks much better.

Both the Reveni and V-201X do not fit easily onto many hotshoes and I’ve had to scrape back the plastic a bit on both but the Reveni is worst.(EDIT – since writing this Matt from Reveni reached out. This was an issue for some of te esrlier kickstarters but has been rectified on later production models – in fairness you’ll never please everyone and accessory shoes do vary in width. This is nothing a light sanding with an emery board can’t fix). Ironically I got with the optional storage box – it didn’t initially fit in because of this !?!

The Reveni uses a LR44 or equivalent. As someone whom has scrapped off many a corroded battery compartment the decision by Reveni to focus and indeed send out LR44 not less leaky SR44 silver cells doesn’t inspire confidence. The V-201x has an in built lithium cell rechargeable via USB3. This may explain the larger size.

Big difference between these meters is that the Reveni outputs a single reading when turned on. This unlike most meters where you get continual metering.

The Reveni has a wider range of setting. Some of this is helpful like the shutter speed down to 1 hour. However the much cheaper V-201X covers all of the settings a vintage camera and film combos are actually likely to need bar that.

Likewise the wider aperture range is very OTT. Yup i can go down to f/0.7 but until 2013 the only 10 lenses in the world offered that. Made by Carl Zeiss – you couldn’t get your hands on them as they were owned mainly by NASA an the rest by film maker Stanley Kubrick. They were purportedly hideously expensive. Zeiss actually re-launched them again in 2013 but you can only rent them due to the cost. Equally most of aren’t going above f/64 due to diffraction.

In any event you could always use the V-201X and calculate these extra stops. It is worth nothing that the Reveni meters only in full stops. Meanwhile the V-201X has some limited mid stop options mainly seen in Aperture priority mode.

The reveni has a smaller but much brighter screen. I can safely say it useable in good daylight unlike the V-201X which gets hard to read. Meanwhile the rear screen Reveni is better shaded and is better placed being near eye level. It’s smaller size doesn’t impact the functionality. In default mode it just shows the aperture & shutter speed. You can adjust one of those depending on if the meter is set to aperture priority (AP) or shutter priority (SP). But this is fixed on the reading the meter takes when turned on. You can enable the EV to be briefly be displayed before the aperture & shutter data.

ISO isn’t seen unless you enter the menu mode.

The V-201X shows the aperture, shutter and ISO speed. It is a live monitor so once on will continue to monitor the light level. Like the Reveni you adjust the exposure controls but by a toggle switch. Pushing the toggle gently swaps between AP & SP. Hold harder and you can adjust the ISO. Ther are no other menu controls

The Reveni uses push buttons. It’s too small for me really and I’m a bit dubious how responsive the on/off one is but I do have big baddly co-ordinated hands (hate mju zooms for this reason). Pressing the menu button allows you to switch from AP to SP and change ISO. But you can also turn on the EV read, add EV compensation, length of display time and even calibrate your meter.

But I prefer the controls on the V-201X. It has a sliding switch to turn on. You can adjust the setting live using a toggle switch to the side. You push this in slightly to switch from Aperture priortity to Shutter priority and and vice versa. A harder toggle press allow you to adjust the ISO but I find this can be a bit glitchy.

So let’s put the Reveni head to head against the V-201X.

I’m using a Nikon D7000 with a AF Nikkor 28-100mm 1:3.5-5.6 G lens (an AF-D kit lens). Focal length was kept to around 28-35mm to replicate ~50mm on a full frame. Metering was switch to centre weight and ISO set to 400 ISO. All other settings were as default. The meters were attached either to camera Hot shoe or an accessory handle flash mount (this was cross tested by both meters showing no advantage). All devices were set for 400ISO in AP mode with the aperture locked at f/5.6.

In this comparison before running the meters and camera I also calculated what I thought the shutter speed should be. I did this for speed using a EV100 value and allowed myself a common EV crib sheert for this

20 shots around the house and garden were used. It’s a small sample but illustrative. About half the shots were taken at EV 8 or better. The rest were low light shots down to EV3.

Unsurprisingly both meters and the camera suffered when I took a long shot over the river on a bright day with matching for the sky and not the landscape (+1 for the brain here and turning Matrix metering on compensates for this on the D700. Similarly both camera and the meter under exposed some other scenes where prominent white backgrounds or well lightbackgrounds with poor lit foregrounds.

This would be an expected result. But I have given my brain the benefit of being on the mark for the long shot (the meters really underexposed more than the camera did). The rest I have kest the same as they are complex images and turns out both me and the meters came up with similar figure.

The worst example in the camera side was this shot of a LED lamp. Grossly over read the lamp and very under exposed. The meters and my brain suggested a 4-5 stop longer exposure and I think they’re right. My brain and the meters all get the point here although they disagree with the initial shot.

With in a 0.5 of stop difference to camera

Within a stop of camera values

No shot was any more than 2 stops out on any of the metering bar the long shot and the orginal lamp shot.

This brief test isn’t statistically significant I know but I’m actually reassured by the results. I would expect a 2010 TTL metered digital camera using a centre weighted system to more accurate than a area meter so the facts the meters could get within a stop of the camera for 3 out of 4 shots is pretty good. The shots they missed were not terribly out either.

As I expected the meters did suffer from backlight over estimation as the camera did at times. But you would expect that you know you need to compensate but these metering systems don’t. It’s one reason why most cameras sold today have matrix not centre weighted metering.

So both meters do about the same and that about my same experience using handhelds too….but

I want to really like the Reveni. I get Matt hasinvested time. Matt is incredibly approachable as I’ve been able to discuss thing with him directly. The final product is tiny, the OLED is great in bright light and just as good in measurements as its rival and any other good andheld

Why does it lock a single measurement ? You might love that but I kinda want a meter I can swing upwards or downwards to get average settings. Also for me the buttons are too fiddly.

The V-201X is the meter that’s easier to live with but is bigger and the screen is almost useless in very bright light. It is cheaper but the Reveni feels more Artisan and with a better attention to detail. To compare cost is grossly unfair anyway- the V-201X is mass produced and assembled in China. The Reveni requires parts imported and is individually printed and has a clear customer support

So I’m left feeling these are both good but imperfect in different ways.

But the winner is my brain – with a crib sheet it was more accurate than the meters and occasionally out did the camera. And that’s the problem and the fact you can pick up a working Weston type meter for a few quid.

Reveni Labs have a full running website for preorders post the Kickstarter. Alex Luyckx has another take on his review of this meter.