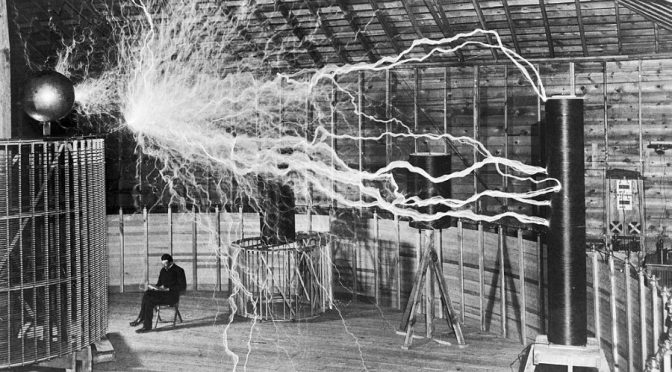 The moment I saw you I knew sparks would fly !
That’s because I was stupid enough to try and reload you with film.

Yup I was stupid enough to think I could do that hipster thang of reloading my single use cameras. And Sparks did quite literally fly along with expletives and the camera.

The camera in question was a Ilford XP2 Super single use. But is pretty typical of the lethal devices set to shock your hipster fingers if you’re daft enough to do this. The kodak Fun saver is somewhat safer and easier but not entirely risk free.

Enter at Your Own Risk

There is a real risk of you causing severe pain doing this and potentially a lot worse especially if you suffer from medical conditions or have medical devices at risk of EMP like a pacemaker. In fact you’re pretty likely to shock yourself with any single use other than the Kodak. There’s also a chance you could flash the film or get leaks.

It’s all down to the flash circuitry. It might sound benign just being powered by a single AA battery but even the fairly weak flash on these requires a lot of energy to create a burst of light equivalent to sunlight for up to 3m. The flash on these actually requires a short burst of about 180 volts or more. There’s no way the battery can deliver that and if you’ve ever used a pen torch powered by 1-2 AA batteries you’ll know just how weak the output is. Hence these use a capacitor to store and deliver a massive voltage output.

Why I end up doing this

Blame the new Yashica MF-1.
I did a group test including shot by shot comparisons with single use cameras and though – hey some bloke on the internet said you could easily reload these and that alters the cost balance. I forgot of course that some other blokes on the internet believe the earth is flat, the Queen Mother was a shape shifting lizard and Jay Z is a time travelling vampire.

One reason whey folks do this is to save a bob or 2 on developing. Most labs charge a fee to safely do this for you (I guess it covers the medical bills). As we’ll see the Kodak is easy to unload but for anything else trust me just pay.

Another valid point is waste. Despite high end companies like Kodak suggesting they use recycled parts many a lab will just bin ’em. So reload is good for the planet – shame you might not live to see it.

And of course there the Lomo/hipster thang. But get real – you can make a camera out of a box if you want for even more lo-fi cred and why not get a lo-end film camera that won’t kill you but will deliver same or more interesting/worse image quality for less.

And really if you must go new just get a Lomography simple use or the new Yashica MF-1. They’re basically single use cameras designed to be reloaded safely. Yup they’ll cost a few quid more but you wont have the joys of being tazered.

So what did I reload

I used 2 single use cameras in the test group and tried to reload both.

Ilford sell 2 disposables. This one was pre-loaded with XP2 (the other has HP5). The shell is clearly made by a third party with a the camera loaded just with a standard roll of XP2. The design is seen in many other single use cameras out there. It has a single element 30mm 1:9 lens being and 1/100 shutter. Like the Kodak minimum recommended distance shooting distance is 1 m and the flash works up to around 3m.

Next is a Kodak Fun Saver. This is arguably the best single use disposable on the market with a lens made up of 2 asperical elements. I agree with folk like the the darkroom that it is the best in class. It’s core spec is fairly typical with one exception. So you get a 30mm 1:10 lens matched to a 1/100 shutter with manual flash (powered by 1 AA). The big difference to most other disposables is Kodak loads it with 800 ISO film making it that more capable as light levels drop . It also usually comes loaded as 39 exp (most cameras are just 27)

As we’ll see it was also much safer to reload to although not easy.

Unload and Reloading the Ilford

The camera is clearly not remotely designed with the idea that someone might want to reload it. In fact getting the film out runs a high chance of you shocking yourself.

There are no access points to get either the film or battery out. To get at both you’ll need to prize off first the front cover and then the rear from the innards. Trust me part with the 2 quid to get your lab to do as once the front cover is off the capacitor is exposed and the wires seem deliberately set outwards to punish folk who try to do this. It’s made worse by the fact the battery can’t be reached until you’ve also got the rear off and it is so easy to just nudge the charge button

I couldn’t find any decent guides online to reloading but essentially there is a take up drum with a really minuscule hook. Even if you can securely snag your film on (and trust me you can’t) the camera doesn’t allow you to to wind on with the film back in position. So back in the change bag we go and trust me even if you’ve tried to discharge the capacitor you’ll still get zapped as the wires sit just by the perfect holding point. You’ve gotta sit with the new roll loose to wind on avoiding touching the emulsion, re insert the battery and then re-click the whole darn thing together without getting zapped.

And that ain’t gonna happen.
6 times this camera tazer’d me and 4 times in the bag. The first outside the bag caused a massive flash. It left my arm in agony from finger to shoulder and swearing like a trooper. The camera also got flung across the room due to my involuntary jerk.

That said the camera worked smoothly once reloaded and shots were good. . I detailed the pros and cons of this camera in the MF-1 group test. But it did well ironically loaded with BW400CN.

The camera was dismantled again (1 futher tazering) and film retrieved. Things were more creaky but I suspect I could have have just got away with reloading again but the pain in my arm actively encouraged me to put it in the bin.

Unloading and reloading the Kodak

Kodak Fun Saver is much safer than many to handle for loading. I guess they’ve been around for along time and have some awareness folk will fiddle. That said they do carry a warning. but they are much easier to disassemble and the capacitor & wiring is more out of the way.

If you wanna just unload the Kodak and save yourself the bucks it’s easy. The Film canister sits over a small hatch on the base with a recycle symbol. You can easily pop open with the tip of small flat blade screw drive. Gently shake the camera and your roll should pop out.

Immediately beside it under the paper sticker is the battery compartment allowing you also an easy way to retrieve the battery if all you want to do is scrap the camera. It should still be relatively fresh even after use.

The rear cover pops off the camera body once you undo 3 sets of clips allowing access inside for reloading. The third clip is hidden under the paper sticker on the top between the flash ready LED and frame counter. Prising the 2 double clips on either side first and then gently undoing the third works.

The capacitor and the pain inducing wiring are visible but you’ll really need to be going some to shock yourself. Of course unlike the Ilford you can remove the battery before fully opening, reducing the intensity and number of multiple shocks even if you did.

Most folk seem to go with the dark room/ change bag tactic of loading the camera with the back off in absolute darkness. This YouTube video by Dave Allen covers pretty much the whole things and a load more.

And it works. It just isn’t easy and essentially is a low risk version of what you do with the Ilford.

There is another way.
I came across this lomography post which allows you to reload in daylight using a couple of cocktail sticks to jam open the winding mechanism and then just using a screwdriver to wind on the loading spool on the base.

It is based on another Kodak disposable and I found the take up remained disengaged meaning the loading spool tended to unwind. This forced you to wind for ever to re-tension and I got overlapping images.

I found if you just used 1 stick to move back the lever on the right it worked just the same. If you once loaded gentle took out the stick and then used it to move the lever back in place things worked much better.

The kodak sits currently reloaded for the 6th time. It has not tried to kill me (…..yet).

Cover image is of Nikola Telsa and provided by Wellcome Trust. Used under a [CC BY 4.0], via Wikimedia Commons.

All films processed and scanned as usual by AG Photolab.