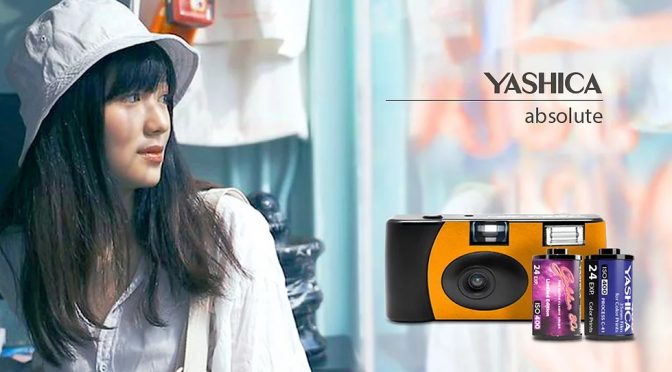 Last year’s Yashica Y35 launch led to one of the biggest outpouring of anger the photography community has ever seen. Whilst the Y35 wasn’t as bad some the vitriol, it was far from perfect. So there was some surprise when rumours of a Yashica branded film. But they’ve now pushed it even further with the launch of a Kickstarter for 2 new films, an analogue camera and the promise of more.

But What’s the catch ?

You can’t help feeling if only they’d done this first. What’s on offer is much more imaginable and cheaper. It’s also not something where exceptions (at least for now) are going to be too high. The Y35 has left a lot on animosity out there and the press around this announcement has been on the negative side.

What’s Up for Backing

Yashica’s Kickstarter has 3 items to be backed.

There was the much touted Yashica 400, a 35mm 400 ISO film. Yashica drip marked it through this month as this Petapixel post details. This is described as colour film with balanced grain, slight on the warm side as geared for skin tones.

The other film Yashica Golden 80s, is also a 35mm 400 ISO film. This is a limited edition which features more colour saturation and more obvious grain. It’s intended to celebrate 70 years of Yashica (no – I can’t see the link in title either !).

Both films are 24 exp. Yashica have revealed they’re actually made by someone else. This isn’t a worry as setting up a film production is quite an undertaking (just look at the Film Ferrania saga) and there’s plenty of boutique films like Kosmo Foto Mono 100 which are made by another supplier.

We don’t now who makes it but my money is on Lucky Films. This Chinese film maker is best known for B&W film these days but a decade ago sold colour film. This was the product of a 2003 Joint Venture with Kodak. Production of colour films finished in 2011 but 2 years ago a new Lucky Colour film was announced. Not sure what happened to that but they certainly have the ability.

What was really out of the blue was the camera and the possibility of 2 future cameras.

What’s on offer now is the MF-1. Basically fixed focus & exposure camera. Made with a plastic 31mm lens and a fixed f/11 & 1/120 sec. The manually operated flash uses 2xAA. There’s not much else. The lens doesn’t have a cover and the film plane is curved to improve focus with such a basic lens.

It looks suspiciously like a disposable but re-loadable. But that’s not necessarily a bad thing.

They’ve priced it well. The early bird Kickstarter comes in at HK$190 (~£19GBP) for a MF-1 & a roll of Yashica 400. Lomography sells their disposable for £15.90. Yes you can buy an even cheaper Kodak or Fujifilm disposable but this camera sits between those and the likes of the Superheadz wide and slim, Diana Mini and all those other trendy Lomo plastic cameras that sell for more without film.

The problem is we only have 8 photos to go on. It’s not clear if this lens adds much. As with all of modern plastic cameras there’s always the issue of much cheaper plastic cameras from last decades of film

There’s also the issue of the name. Yashica had a series of cameras with the MF moniker and there’s a zone focus camera called the MF-1. Not perhaps the best choice then however there is some logic

Yashica also tease us with the promise of 2 more advanced cameras.

But this new MF-2 isn’t actually a re-imagining of the original MF-2. Nor the MF-2 Super but actually the Kyocera era MF-2 Super DX from 1986.

This is a Fixed focus compact with DX-coding. It seems to hav just a single shutter speed. I’m struggling to clarify if the CdS cell is metering or just a low light warning system (some sites quote the aperture as fixed at f/8 except when flash triggered).

Not that much of step up potentially then.

A Old Classic rehashed or Trashed ?

The other camera is more interesting. It promises to be a 21st century re-visioning of one of Yashica’s most Iconic cameras the Yashica-44.

This one will take 35mm film (it’s not clear if that’s all it will accept or if you can still use 120 film like the original). Hopefully the build quality will be up to the job or we could end up with little more than this !

If they don’t get the new 44 right, the anger over the Y35 will be peanuts in comparison.