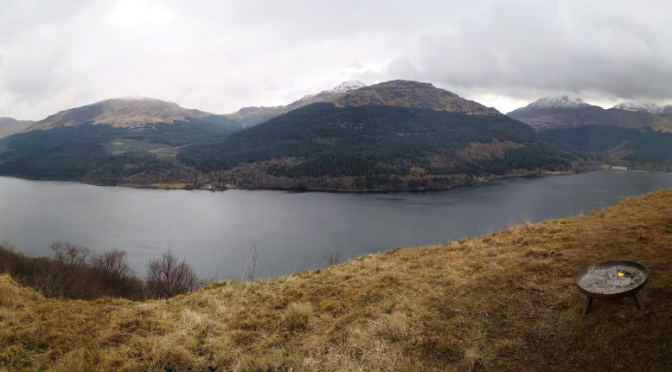 My apologies as this is way late but it has been a busy month as you’ll see. This post we’ll have a couple of trips away to discuss some new & old cameras and why I’m probably never buying Lomography 120 film ever again. But worse still it looks like the Lomography Film is now dead on the UK High Street too.

Oh and some other worthy reviews to check out and a DIY project for the darkroom bunnies.

Just over a week ago I found myself in Carlisle. Popping into Boots I bagged a 3 pack of Lomography Lady Grey 400 ISO 35mm film for just £2. That’s a bargain but a bit odd even for this rebranded Fomapan 400.

Pretty much the last Lomo film there and there was non to be found in either Dumfries, Stirling, Dundee and Perth. I’m not alone in this as across the UK Boots stores don’t seem to stock any.

Looks like Lomo no more at Boots and on the UK High Street.

On the Road Again

I’d headed off walking the first 3 stages of the 3 Lochs Way Early in April. It was typical Scottish spring weather which manged to combine literally 4 seasons into a matter of hours. I’d loaded out with my mju-I and Superheadz VUWS clone alongside a Lumix G2. The weather meant the G2 spent almost all of the trip wrapped up and I’m developing a hatred for Lowe not so pro cases which seemed as water resistant as sponge. The Mju and my mobile fared better in walking sealed pouches and the VUWS seemed to be happier once moved out of the soggy Lowe case it was in.

Nice walk but all I can show you for the mo are the Huawei P20 shots and the rare G2 stuff. I’m gonna post an update on the VUWS soon however I’ve clocked up over 500 shots on this pretty grubby camera.

The VUWS and mju followed on to the family trip at Easter to Sunny Dundee alongside a Holga 120N and my trusty FED50. But it’s here I made a mistake twice. I took Lomography 120 film

I’d blogged about this last year, when I hit the same problem with 400ISO 120 rolls from Lomography. But I’d stupidly though to myself can’t be all of the rolls. The Holga had handled a rolls of platsticed backed Portra 160 with ease so I though give some Lomography 100 ISO stuff a go

On the Camera front we’ve had a few more arrivals as you can see from the Nikon F65 post. Although that’s not a bad camera, I weirdly found the Pentax MZ-5 a better speced camera with better vintage lens support despite being a decade older.

Elsewhere a couple of AF Zooms turned up for peanuts. A Ricoh RZ-728 and Vivitar Mega 200 have been shooting things out. The Ricoh is able but low specced but the Vivtar feels very similar. A shoot off review soon

But back to Nikon….

Elsewhere more classic Nikon gear was being reappraised. Jim Grey reappraised his review of the prong using Nikomat FTn . I’m not typing that wrong as Jim has his hands on the Japanese version of the Nikkormat FTn. I’m a huge fan of the FT series and this a pretty nifty review of one of the commonest (abet in the rarest version) of these.

And if you need a lens you could do worse than Jeb Inge’s take on the AF Nikkor 28mm f/2.8D although the FTn can’t use it.

love a bit of modding ? Well Pedro Carduso shows you how to make your own Darkroom safelight for B&W photo printing for under $12 with stuff from IKEA on his site.