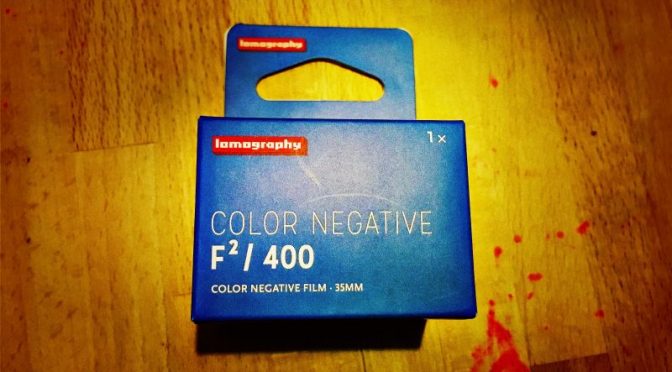 Goodness what a year for film 2017 is turning out. A resurgent Kodak kicked things off right at the start with the announcement that Ektachrome will be back by the end of the year. But in March it has been gone a bit Italian with 2 launches of 2 very different films made just 50km from Genoa.

For those of you who don’t know,  Ferrania was once the might Italian film maker. The company like many in the industry ran into problems at the start of the century and actual production ceased in 2008.

That could have been the end of the story but in 2014 the name came back with the launch of a successful Kickstarter campaign. Film Ferrania includes several former employees of Ferrania on a corner of the old site. Their long term goal is to bring back several old Ferrania emulsion and although it has been beset by delays they have finally started taking pre orders for a B&W film

As the Video suggests P30 is based on their classic movie film panchromatic B&W. It is worth noting this is being sold as a Beta product and at €8.50 (£7.36 in Queen’s Shillings) and a whooping  €14 P&P some of you might flinch but Film Ferrania has very much set itself as community back product and is your chance not just to support a new player but get in on testing a film out. You’ll also need to wait as the pre-orders wont go out til next month. I snagged the max 5 rolls.

Let me know in the comments what you think.

Meanwhile in Austria, those cheeky Hipster supplying scamps at Lomography also launched F2/400 35mm colour negative film. Although they don’t mention Ferrania directly, it is clearly old (pre closure stock)  most likely Ferrania Solaris FG+ 400 which if you believe the typically mystic PR  they bough in 2010 and has been ‘aged’ in Oak Barrels.

Leaving the Mythology aside I’m excited by this. I’m a huge fan of the Solaris FG+ 200 (often seen in Truprint FG+ 200 or Super HD 200 Guise) a film in expired state that can be best summed up as providing cross process like vividness with a vintage hue.

FG+ 400 is something I have more limited exposure to as the odd Truprint FG+400 rolls I shot were pretty expired but there are hints of what the FG+ 200 does. and Lomography are keen to describe this film the same way and their sample shots are stunning.

The fantastic Dan James has had more luck than me with as my result have been variable and higher speed films degrade worse when expired.

So I quickly signed up for 10 rolls.  Bying that number means you get it for £5.03/36 exp roll. I bought some more gear to get free postage but their £5GBP P&P for orders under £75 ain’t bad and unlike the wait for P30, it arrived within days.

This has Polarised folk as Lomography products often do. Granted it will be an expired film and ignoring the oak cask ageing milarky remain Ferrania Solaris FG+ 400. But it is relatively fresh FG+ 400 and a chance to buy a film that you’ll not see again* for actually not that much more than existing stock (just looking at small bulk buying (10 rolls or less) Kodak Ultramax wasn’t much cheaper and whilst you could save a quid or so with Lomography’s 400CN or Fuji Superia X-tra 400 there really isn’t much in it)

Be quick though – it is selling out.

Let me know what you think. I’ll review on both in due course

* unless Lomography are keeping a wee supply back