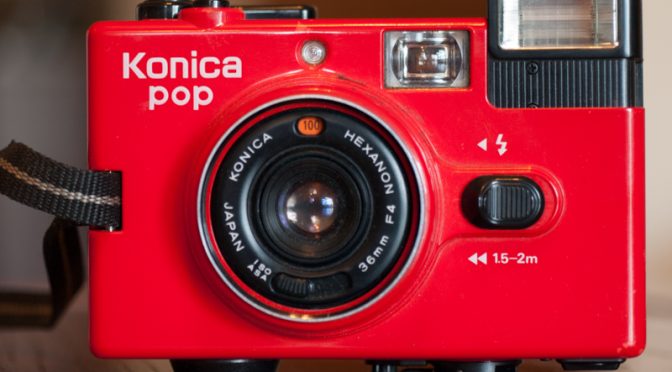 The Konica Pop was a 35mm camera made from 1982 to 1984 in this form, with changes coming in 1985 and 1988 to optics and flash. It was well selling, it’s compactness and color variations helped it stand out in that era when most manufacturers had smaller automatic 35mm’s in their lineup.

The Pop was a continuation of the C35/C35EF line,  And was also sold as the C35EFJ.  Unlike the earlier rangefinder and zone focus models, the Pop is fixed focus.

•Pop up flash, a red light in viewfinder indicates low light. This slides and does not pop up automatically.

•2 AA batteries for flash, CDS exposure will operate without them.

There is a closeup flash button to slide on shots within 6 feet to compensate.

The Pop name comes from the flash that pops up, they say it’s supposed to look best with the flash used. 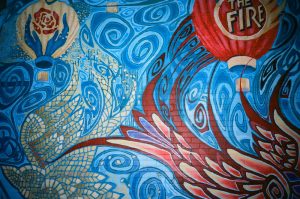 This is with the closeup flash on, it does not make it focus any closer as a reminder.

Although the pop could also be from the color 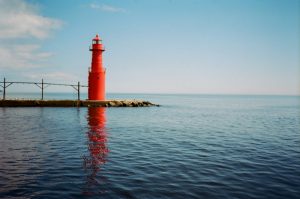 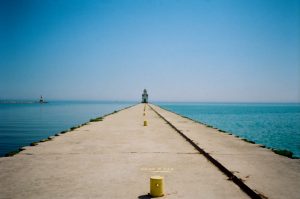 It’s best use is shorter range I feel. 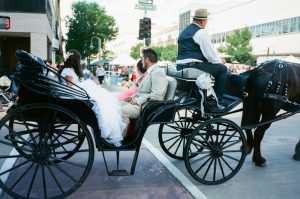 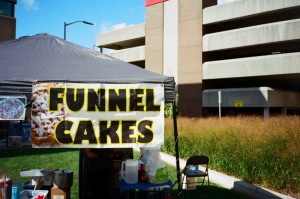 It does have a minimum focusing distance in the 5 feet range, which shows on this photo as the first girl is under that. 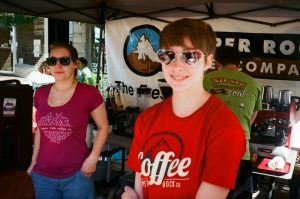 all photos with Kodak Ektar 100

Overall feel and handling is fair, it does have a thick body that does help to grip it, but it is slippery and oddly heavy for being plastic. It’s not a toy camera though as the lens is glass. It’s small enough to fit into bigger pockets for a carry around camera and street shooting.

I do recommend it if you can get one cheaper, although I think it does have demand and appeal. I always figured it was one of the few cameras I have that I could resell and break even on.