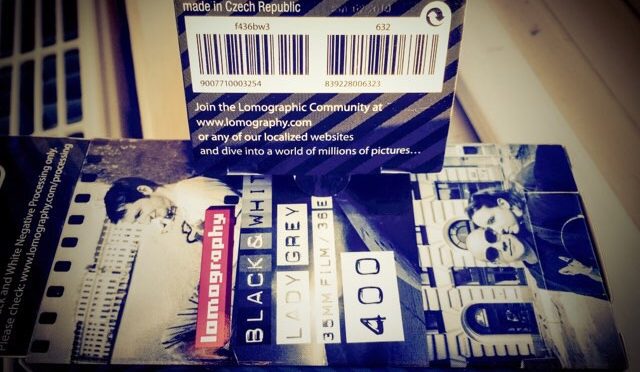 It was during my rush to get my hands on some F2/400 that I bought some rolls of lady Grey and on a recent dive into Boots I picked some more up on a buy one get one half price deal.  I’d heard the stuff was marked as and made in USA and was basically Kodak Tmax. But then I stumbled across this Flickr discussion post which rightly pointed out they ain’t made in the states no more but is marked as made in the Czech Republic.

Lomography have form in changing supplier for their film particularly when we had companies going out of business a few years back and there’s no criticism intended for them doing this as I suspect it’s driven by costs and availability but it is something to be aware of with B&W film especially from a development perspective. Whilst the 120 has changed maker a few times, it has long been assume the 35mm Lady Grey is Kodak T-Max (to be honest with made in the USA the only other option would have been Tri-X). The shift to Czech Republic made would mean it’s most likely made by Fomapan.

Worth being aware as you may need to tweak yer regime to get the best out and some of you will favour one film stock over the other. It also means the film is perhaps less a good deal (I struggled to find for less than £15-16 for a 3 pack not bad for Tmax but pricey for Fomapan which even  Lomography sells for less at £3.80 a roll).

I’ve not lost much sleep over this as personally I’d not shot either  before and the results seemed fine on the  1 roll of Fomapan Lady Grey I’ve shot. Obviously I can’t guarantee the Lomography  film isn’t slightly different from the Fomapan standard stock but I’d check your packs.