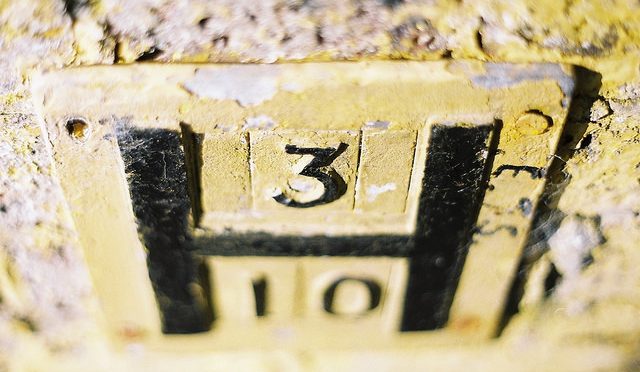 Being a cheapskate generally means buying the least expensive option available. Or not buying anything at all. Plus, surely going for the cheapest nearly always means settling for the poorest quality ?

So the life of a cheapskate might not be a particularly happy one if you were only ever using poor products that were likely to implode at any time.

Thankfully, in film photography, one can have the financial benefits of being a cheapskate without being frustrated with second or third rate kit.

Since I was gifted my first film camera in mid 2012, I’ve been playing with all kinds of 35mm cameras, most of which I’ve paid less for than the price of a couple of posh coffees for.

The above photograph for example was made with a Minolta X-300 SLR, with Minolta MD 50/1.7 lens.

Together they cost a few pence under £15, and both were in great condition.

The Minolta Rokkor and MD lenses are really special, and the main reason for buying any Minolta body is to use this still underrated glass.

Other shots on this roll were comparably pleasing.

The film used here is expired Fuji Superia 100 which I got a bulk batch of and worked out about £2.50 a roll. It’s sumptuous stuff, and my favourite emulsion.

Processing was done at my local supermarket lab (Asda), developing and scan to CD only, and works out at under £3.50 a roll if you have a few done at a time and scanned to the same CD.

If I never used this camera and lens again, this one off set of photographs cost me around £21.

But of course we don’t buy a camera to just use once, and the ones we enjoy we use time and time again.

So that initial outlay of £15 very quickly becomes even more negligible, and the only costs are film and processing.

For me, being able to create such photographs for mere pence is a huge thrill.

This is before we even get to the experience of using the kit. As I said before, cheap usually means shoddy quality.

But with vintage cameras, you can have in your hands beautifully designed and finely engineered equipment for a few pounds.

The feeling of using such cameras and lenses is a world away from the creaking plastic and LCD screens of most modern cameras that cost well into the hundreds of pounds.

A gorgeous chunk of metal, glass and gears is going to bring infinitely more sensory satisfaction than any DLSR ever will.

The Chinon cost me £6, and was sold as untested. It needed new batteries then fired up perfectly and shot a couple of dozen rolls before I sold it on, for more than I paid for it. (This in itself can become an addictive game in cheapskate photography!)

The Helios 44-2 lens I found at a camera fair in a random plastic bin. The body was battered, the paint worn, and the glass had a couple of bubbles inside. The dealer wanted £10, I got it for £7.

Given the photographs I’ve since taken with the Helios, it’s one of the best seven pounds I’ve ever spent in photography.

The Chinon is Pentax K mount. People overlook them because they want Pentax ME Supers, though many of the Chinons are just as capable and a few, like the CE-4S, have more features. So the Chinons can be picked up silly cheap, like my £6 example.

The lens adapters are widely (and of course cheaply!) available, and allow you to use the vast range of M42 lenses on them, in aperture priority and full manual mode. The adapters are about £7.

So this time the camera plus lens plus adapter cost me the heady sum of about £20.

The film was expired FujiColor C200 I got a batch of pretty cheap (around £2 a roll), so costs per photo were on par with the Minolta X-300 and Fuji Superia 100 combo I mentioned before.

This photograph I made with a Pentax Espio 120SW, a cracking little compact (as most Espios are), that’s well featured and has a very capable lens starting at 28mm. Not being a big fan of zooms, I just treat it as a 28mm fixed lens compact and it produces very pleasing images.

The Espio came in a lot of 13 (lucky for some!) Pentax compact cameras that I paid just £12.75 for altogether.

Three of them were dead on arrival, but the other 10 all worked, and amongst them were some of the finest Espios made including the classy aluminium 170SL, the tiny little 115M, and the super featured 160.

The 160 is probably the best equipped compact zoom I’ve used, with a very intelligent evolving viewfinder, and yielded shots like the one above.

The 120SW with its 28mm lens has become one of my core collection of half a dozen compacts, and I love its wide angle, sharp lens and moody vignetting.

The 160 and the 170SL I sold for more each than the whole lot of cameras cost me altogether, taking me (and not for the first time) into negative investment cheapskate territory!

In fact from that lot alone, keeping just the 120SW and selling the best few of the others (and donating the rest to charity shops), I believe I made enough to own the 120SW and shoot and process a dozen rolls of AgfaPhoto Vista Plus 200 (high king of the cheapskate emulsions at £1 a roll in Poundland) for absolutely zero end cost.

It doesn’t get much more cheapskate than that!

Another Pentax Espio, the understated yet surprisingly capable AF Zoom, cost a measly 95p plus a few pounds postage, and is one of the best Espios made.

It can turn out shots like those above and below, whilst being intuitive and great fun to use in the process. Alan’s something of a fan of this Espio, and reviewed it here.

As I mentioned before, I’m not keen on compact zooms, aside from the 120SW because of its 28mm wide end, so the Espio AF Zoom was sold in favour of keeping fixed lens compacts.

Subtracting the original cost of the camera, plus the purchase and processing of the roll of film I put through it, I was still left with a couple of pounds in my pocket.

Again, you can see why cheapskate photography is such an irresistible art!

Talking of fixed lens compacts, one of my favourites is the Minolta AF-S.

A superb little contrasty 35mm f/2.8 lens, good handling, decent clear bright viewfinder, accurate AF and the best film loading system I’ve used in a compact. I paid £6 for my original one, which was listed unimaginatively as “Camera”.

Check out those yummy blues on humble FujiColor C200 (the same emulsion incidentally at the Poundland AfgaPhoto Vista Plus 200, and £1 a roll).

I sold that one on in one of my camera purges, but again had a little change to spare even after shooting and processing a couple of rolls with it.

And some months later, looking back over the best photographs I shot with it inspired me to seek out another AF-S. This example came along with a high spec Minolta zoom compact, both fully working, for the grand total of 99p plus £3 postage.

Being able to shoot film, with charming vintage cameras – whether compacts, rangefinders or SLRS, is one of life’s simplest yet greatest joys for me.

Thirty years ago, it would have been an expensive hobby, much like it would today if you bought a new digital SLR or compact every month for two, three, four hundred pounds or more.

But for the vintage camera lover, we live in a golden age, and machines that cost hundreds in their heyday can now be enjoyed for pennies.

If you’re really lucky, you can chance on the ultimate grail of cheapskatery like I have a few times – having a camera that ends up paying you for using it!

The miracles of photography – and especially film photography, whose process somehow holds far more charm and mystery for me – can be in your hands for less than the cost of a (cheap!) lunch. Or even a free lunch!

So what are you waiting for, fellow cheapskate? Grab a bargain, get out there, shoot and enjoy!

Dan James is an enthusiastic (and cheapskate!) amateur photographer. He writes at 35hunter.wordpress.com and his photographs can be seen on his Flickr stream at danjamesphotography.com.