The 35X is perhaps the model that most folk remember when the word Halina is muttered. That Leica look-a-like is perhaps the best known of Haking’s creations but the Super 35X  refines the mechanics and gave rise to a more unique style.

The Super mechanically shares much of the spec of the 35X in that it is a viewfinder 35mm camera with a 43mm 1:3.5 anastigmatic lens. The main differences are stylistically and the fact it has a winder arm and self cocking. The original 35X looked suspiciously like Leica rangefinders a fact I’m sure that Haking were keen to exploit and I’m sure some folk in the day were dishonestly sold a 35X thinking they’d got a Leica. But the Super looks very different with a heafty top-plate area looking more like most 35mm shooters starting to arrive from Japan  as well as european models of the day. It does look a bit like my Yamoto Pal Jr but is much more Haking’s own styling rather than being a look-a-like. Like its predecessor it is stamped “Empire Made” on the base.

The styling allows for a much bigger and therefore brighter viewfinder which is quite pleasant and has usual frame and parallax markings. The lens set up shows its 50’s origins. There are 3 rings around the lens with shutter nearest the body oddly followed by the focus. The aperture ring is outmost and tends to knock off focus when you turn. My sense was this was as much to do with the lens design as the intent for you to set the exposure up for a scene then focus. However this is a bit irritating. The numbering on these rings is small and it can be hard to read off and the handy Depth of Field scale (DoF) can add to the confusion.

There is no metering and the settings are distinctly 50’s. The shutter speeds are in flat 1/100 or fractions (1/25 to 1/200) rather than the modern scale values (1/30-1/250) but this wont be much of a problem and matches better for sunny 16 shooting. The EV range at 100asa is only 9-16 but not bad for a lens system that’s almost 60 years old. You do get a Bulb setting and the camera is cable threaded and has an off centre tripod mount. The camera takes flash by PC sync manual suggests at 1/25 but that was for bulbs). There is a cold shoe mount on top. 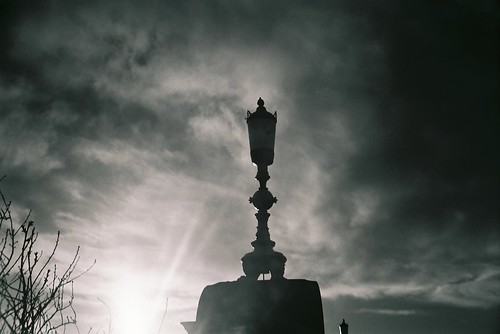 The age of the design shows in the film compartment. The back comes off completely by turning a wee switch on the base a la Diana Mini or Diana F+. Loading  is fiddly as no take up slots or catches (worse than my FED 50). You need to manually reset the film count dial but at least it’s on the top plate. The winder is incredibly lovely to use (almost sensual) and feels more like an SLR winder of the 70’s or 80’s than a compact.

In bright light the 3 element anastigmat lens is fine with a narrow aperture although it’s nowhere near Olympus Trip 35 standards. Vignetting does occur and the lens is sharper in the centre. Things become at bit softer in lower light but in good light this can be an okay camera to use

Solid beast. Bit rarer than the 35x. Make sure shutter fires (worth nothing that mines didn’t initially probably from lack of use but gently swiped with Q-tip and sprang back into life) and watch out for fungus (I’ve binned two 35x and one super due to fungus on the rear element – you need to open up the aperture and look from rear with shutter open in B). You should get for a tenner or less. Case is handy and probably suggests more cared for but not critical. The 35X Mark II is stylistically nearer a Paulette but is a fixed focus number with fixed shutter ( I’m wondering if the Paulette series’s Halina 1000)

Bit of an interesting decision if you have a choice between this or a Paulette. The Paulette has a better control set up (and the option of built in metering too with the Paulette Electric). Both are reasonably styled but I think the Super wins on that front (also has the word “super” on the front so what’s not to like). And it also has that winder….