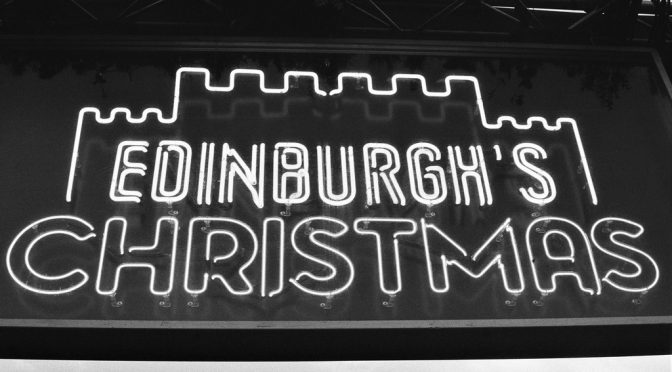 It seems like a distant memory now but back at Christmas there was no 2m social avoidance and lockdown. I was up in Edinburgh for shopping and the Christmas market. I’d taken along my then recent Nikon FE10. But as light dropped mid afternoon I decided to push some film. That film was Kentmere Pan 400.

This isn’t a review of the camera nor the 43-86mm 1:3.5 Zoom-Nikkor lens (not the infamous bad 43-86mm nor the actual non Nikon lens the FE10 came with). The FE10, despite not really being a Nikon and having a tendency to fire before you get a chance to meter, performed pretty well. The centre weighted metering was pretty good although as you’d expect did struggle as light fell on scenes with high contrast.

This is about Kentmere Pan 400. This is a film I’m no great fan of at box speed. Part of this may well be down to it being fickle with developing agents as Alex Luyckx describes in a detailed test on his blog.

This is an issue as I’m sure you know I don’t develop my own stuff. I’ve always found it a it to low contrast for my tastes without seriously photoshopping it. I’m not alone but others like Simon King do find something to like about it.

But I stumbled across some posts about pushing it like Photo-Analogue’s post. Now I don’t have the luxury of a darkroom but I do have a lab willing to push or Pull B&W film. So off to AG Photolab in Birmingham who kindly push processed it ( a wee disclaimer I’m a minor shareholder of AG Photolab).

I’m pretty pleased with the results. It become more contrasty but it retains a good degree of latitude.

It makes it a viable high speed film and I overall prefer the results to what I got at box. The film worked well into low levels and I was able to keep the shutter speed up