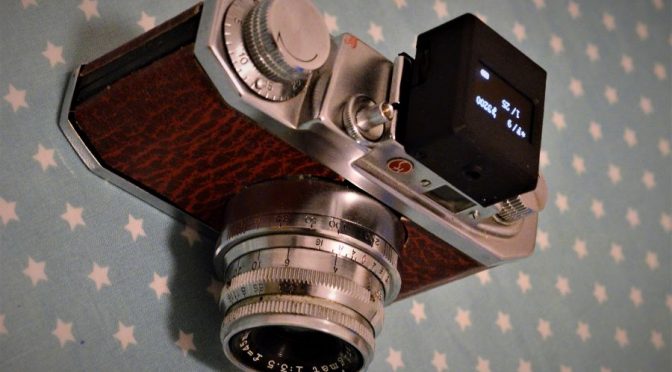 Earlier this year, there was a bit of buzz with the Kickstarter launch of a new cold/hot shoe mountable mini light meter for vintage cameras. Trouble for the Reveni Labs Light Meter is that it isn’t the only product in the market place. But this cheaper rival has a huge issue

I’m indebted to the great Johnny Martyr for picking this up. Clip on meters are not a new idea and have been around for decades. Top dog is arguably the Voigtländer VC series. The current VCII is still being sold new and will set you back well over £200 (Hamish Gill has a review of this wonderfully engineered thing on 35mmc) 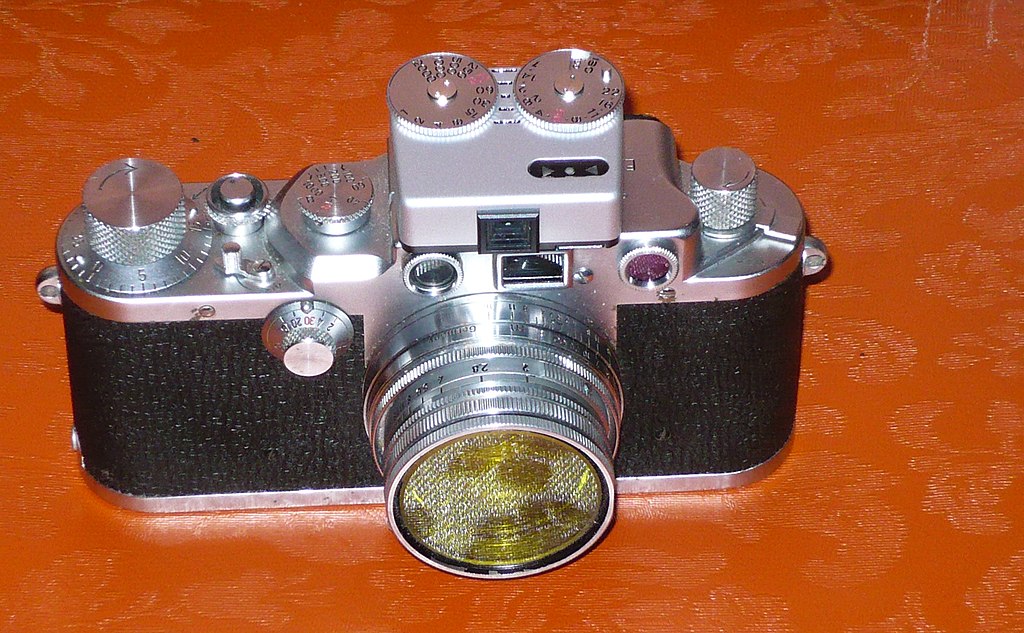 So Reveni’s proposition of a simpler, much cheaper meter with a 3d Printed body looks good. The problem is that there are already cheaper still meters on sale -notably the L-101 and our focus, the V-201X.

The V-201X is also available in an alumium (silver or black) body for about £15-20 more. It is small unit with a hot/cold shoe mount underneath. The mount is not adjustable so may be an issue on some cameras shoe but I’ve yet to find one.

There is no manual in the bag only a USB-C cable (actually worth a few quid). Bear that in mind as the eBay listing actually has the instructions on it. In not quite perfect English…..

That said it is reasonably intuitive.

Interesting although both the ISO and aperture allow you to set not just full stop value but some intermediately settings, using the shutter mode only has full stop. Odd as when aperture is set fixed it will show intermediate shutter speeds

How does it compare to the Reveni ?

To be fair the Reveni offers a wider range of settings. But this is intended for a vintage camera. It’s not likely you’ll have a camera with a shutter speed of 1/8000. Granted if you are a pinhole shooter having a meter that can go down to f/1024 might be helpful – but I doubt it as the slow shutter speed range only goes to 8secs.

The Reveni also uses SR44 cell batteries – the V-201X has rechargeable lithium one. The Reveni also has a wider metering angle of 45 degrees – personally i think that’s worse and tellingly the Voigtländer VCII also has a 30 degree arc.

The OLED is also on the top plate of the V-201X not the rear as the Reveni. As we’ll see that is an issue. The V-201X shows all 3 values at the same time , the Reveni just shows 2.

So how does it work in practice ?

I did some testing with comparisons on my Nikon F90x, FE and D700. I also tested it against my Polaris digital meter and some android light meter apps that I find okay

The Good News is there metering….

The Metering is actually not bad.It was broadly as good as any of the hand helds in non complex situation. My polaris is probably the most accurate area meter I have and the scores often matched and if not there was only up to +/- 1 stop difference.

Shoving it on the various Nikon arguably pointless as it’s an area meter. The FE has Nikon’s legendary centre weighted TTL and the F90x and D700 got the benefits of full computer aided 3D matrix metering.

But again we got results that most of the time were within a stop provided you didn’t have a backlit subject. I used it against the FE with TMax P3200 loaded at dusk on a Corona approved dog walk and in dull daylight with Kosmo Foto Mono 100 being pushed @400ISO in the F90x. The meter was also extensively tested indoors on 100 ISO.

The bad news is that OLED screen.

Now you’d be forgiven for thinking that initially sounds cool. Organic LED screens are the buzz at the moment in monitor and TV tech. They do incredible blacks that no other LED/LCD tech can match. And that works great for yer Telly on a Saturday night watching Netflix.

But there’s a problem. The clue is in the initially rather ancient monochrome top plate LCD panels on my F90x and D700. This uses the same tech as my casio watch & first calculator back in the 1980’s. You’ll find similar panels on current models like the D850 or the Panasonic Lumix G9. And there is a reason.

Take these cameras outside and you can read that display easily even in bright light. Other LCD techs rely on reflected to varying extents. OLED produce the light. This means without various anti reflective or polarising filters OLED are hard to see in bright light.

The V-201X is definitely without those. The display is good indoor or inlow light but even in EV12 conditions I was struggling to read it. The Reveni may have an edge here if the panel is similar by being on the rear. I asked Matt from Reveni and he indicates there is no issue view it’s screen in bright light which would make it much more useful.

The V-201X in terms of metering does a good job costs half the price of the Reveni even with discount and looks better too. Granted the Reveni has a bigger range of setting but you’re really unlikely to need ’em. Where the Reveni might win out is the screen.