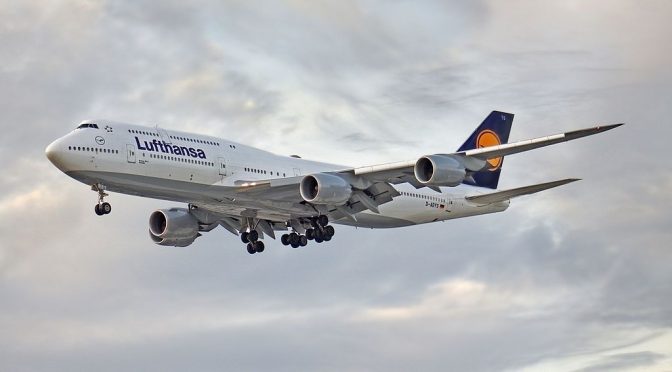 Probably the worst timed post I’ve ever done because the world is currently grounded. But unless you’ve been hiding under a rock, you’ll no doubt be aware that flying poses a risk to your camera film thanks to these new airport security scans.

But what about the actual act of travelling by plane ? Those high altitude cosmic rays do have some impact. But it turns not as much as you’d think. Even better with some help I’ve tested that out. So put your trays back and put your seat upright..

The issue with security scanning at airports is serious and real as Kosmofoto and others detailed last year. The issue is down to the new CT scanners used and the film companies have been raising this issue too. Emulsive have just published a real world trial of this.

But whilst this a clear risk there was a lot of muttering about the impact of exposure to cosmic radiation in high altitude flights.

But is this really a problem ?

I knew the answer was no from the scientific evidence (more later) but fate handed me a chance to test this.

I never set out to test this but the fickle finger of fate gave me the chance to do that. I’ve both got and sent folk film by air and I’d never been concerned about a one way flight. But at Christmas I ended up getting film back that had almost effectively circumnavigated the world.

It was down to the 2019 Emulsive Secret Santa. If you’ve not heard of it, I’d recommend it. It’s become a fixture in the analogue photography calendar with thousands taking part. This Year I got sent some lovely 120 film from down under and drew someone in L.A, as my recipient. In November my package departed brimming with some quirky 35mm film, a lo-fi classic camera and some Green and Black chocolate.

The package headed overland under Royal Mail’s care. It then flew out London Heathrow (LHR) to San Francisco where it was handed to the US Postal Service. The stuff headed on to L.A. and some nice US Postie tried to deliver it according to my tracking. Thing was a week later it wasn’t picked up. No panics, they maybe just need a nudge.

So I sent a nudge through the secret santa system (I’d actually successfully chatted to the intended recipient before i posted via this). 2 weeks later package was still sat in a Postal Office in L.A.. Even Em from Emulsive nudging this guy achieved nought. So mid January the USPS decided to return to sender via LAX back to Heathrow…

So I thought lets test out the air travel impact …

I’m indebted to Mike Eckman of mikeeckman.com & Theo Panagopoulos of photothinking.com for helping out shoot some of this. This meant some of the returned film made another long hall flight to the US and Australia respectively meaning some of the film had actually flown the equivalent of 1.5x around the world.

All bar one of the films were sourced from Analogue wonderland. The boxes were marked as containing photographic film please do not x-ray (and they seem to have been untouched by customs)

Kosmic Waves back in the UK

I kept the chocolate and two of the rolls. The chocolate was all gone by the end of January but the film lasted longer. I started shooting them at Skegness during the Half term. One was Kosmo Foto 100 which got loaded into my Nikon F75 and the other was rarer stuff a roll of the Ferrania P30 alpha which I shot @ 50ISO in a LC-A. Both Rolls got processed by AG Photolab.

And the results showed………… no fogging. The kosmo Foto had some parallel lines on some frames suggestive of scratching at lab..

But what of the films sent on.

The next set of Films headed off to Mike in Indiana near Chicago. I sent Mike some Fujifilm rolls. Neopan 400CN isn’t something you really get outside the UK and Japan and it is the only other C-41 monochromatic film in production after the more Ubiquitous Ilford XP2 Super. Its actually is more related to XP2 than the Fujifilm name suggests as Ilford actually developed the emulsion.

The other is last years Hipster special (that wasn’t cinestil) Fujifilm Industrial a 100 ISO film intended for non artistic, mundane use. I’m not sure its worth the hype. It’s okay and perhaps is slightly better tonally than the budget C200 or Kodacolor, but still has budget grain. It costs around the same as more pro films and I’d grab a Portra 160 over it.

Both responded from Mike’s work as you’d expect. He shot them on his Kiev 15 and Nikonos II and had them home processed. Mike has yet to review them but he has loads of great camera reviews on his site.

We Come to the land down Under

The final films touched down in Sydney in Australia. Theo got some ubiquitous XP2 and Smeva Color 125. I shot some Smeva back in the UK from the same original order for comparison.

Again no obvious damage to the negatives from radiation damage despite the film travelling over 20,000 air miles.

However both Theo’s and my control roll of Svema showed some sprocket leak issues (we’re both happy the cameras used didn’t light leak an the issue was confined to a small number of frames). These were more obvious on my control roll. Theo’s last shot on roll was also leaked, again not in camera)

Theo shot both rolls on his Yashica Electro 35 GL which he reviewed on his site.

Come in Mr Cosmic Ray, We’ve been expecting you

Was I suprised there wasn’t damage ?

If I’d just left it to views of others on FB, I would have but I actually looked this up.

Turns out there’s quite a lot of data on this…

There is an issue of exposure to cosmic radiation and flying the protection our atmosphere gives us from radiation from space is less. The higher you go up means a bit more exposure to ionising radiation which is basically gamma and our friend x-ray radiation. Alpha and beta radiation require close proximity so unless your film is sitting beside an un-shielded shipment of Uranium I wouldn’t worry too much.

Now this is a genuine research issue for the impact for of this on folk who fly frequently long haul like air crew and frequent flyers.

But it turns out a single transatlantic flight has very little impact.

Glowing in the Dark

In 2010, the average person living in the UK in 2010 had 2.7 millisievert (mSv) exposure to radiation. Some that exposure comes from food we ingest or scans that we go for (the US figure is over twice this and the difference is mainly the amount of medical imaging radiation exposure). But almost half of the average Brit’s radiation exposure comes inhaling radon and other radioactive gases.

I keep my film in our cellar so it will have less cosmic radiation exposure than I get (around 0.37mSV). So the bulk of the exposure my film is from non gaseous ground sources (about 0.33mSv).

Now a transatlantic flight exposes you to much more cosmic radiation than you would get in the same time at ground level. But it is only around a 0.08mSv exposure. If you ingest a kilo of Brazil nuts over the year you actually get more radiation exposure !!

But our our few flights don’t really raise the risk with the film that Theo received having around 0.3mSV exposure which is about the same as film gets every year just sitting in my cellar.

So no I wasn’t surprised….

There are a few issues I haven’t discussed. I don’t think any of the 3 packages I sent got scanned by customs. Secondly the film speed was slow to mid. Everything points to higher speed films being more sensitive (its probably why they degrade quicker)

But that aside the actual act of flying isn’t gonna cause major issues with your film. Airport security is another issue…

My thanks again to Mike and Theo for taking my free film and shooting it…. Their photos (and mines) are copyrighted and used with kind permission. My films were processed by AG Photolab

The 747 image in this article is by Rafael Luiz Canossa and is used and shown under a CC BY-SA licence.

Most of the statistics are from the Public Health England’s 2010 report on public exposure to ionising radiation. The rest are from wikipedia and the US CDC.