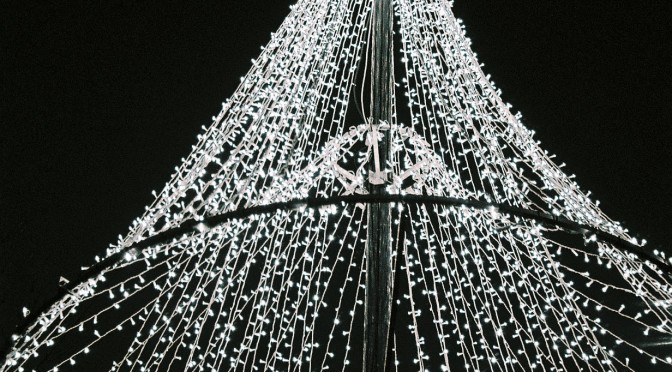 So as I munch the last of the Xmas cheese board and polish off the port. It is time for our annual humour look back of the highs and lows of film photography in 2018.

As our earlier and more serious review of the year shows, 2018 was actually quite good for film. Key words were Kickstarter and Instax though….

Hero of the UK High Street

Winner – Boots
Okay there was only ever gonna be one winner here but thankfully it still is here. Boots still sells film at many of its high street shops and will deliver to store or your door if they don’t. they might not be the cheapest or have the best range (or even anything worth in stock at times) but they are the only retailer with a presence not just in a few Cities or really big towns. Their current buy one get one half price online is one of the cheapest ways of getting Ilford XP2.

Just drop in now and again and pick up a roll or 2.

Runner Up – Poundland
Poundland only just get a mention here as at the end of the year they were the only other high street retailer selling film. But there’s a problem as well see later….

New Camera of the Year

This actually was quite hard as oddly there were loads of new releases. To qualify the camera actually had to reach the public whether that be retail launch or Kickstarter backers. Oddly almost all were either Instant or lo-fi.

Lomography are certainly on a roll with the whole Instax thing and provide serious competition to the format creators Fujifilm. This year saw them launch 2 cameras for the new Instax Square format. First came the Lomo’Instant Square which has pretty much cornered the high end ‘square’ market. This arrived later and is much more Lo-Fi one one hand but weirdly the first interchangeable lens Instax that supports external flash units. It also is a gloriously faithful to the Diana series. Well built, frustrating enough to be enjoyable challenge and pretty good value. What’s not to like

Runners up – Jollilook & Lomo’Instant Square
If it hadn’t been for the Diana, Lomography’s other Instax square would have won. the worlds first analogue instax Square camera and quite high end. Bit too Fiddly to win and creaks a bit. the same is true of the Jollilook, a fantastic concept of a recycled cardboard camera that uses Instax Mini. Glorious retro styled fun if you got a working unit. Production has moved from China to Europe so hopefully things will be better in 2019

Honourable mention – JCH Kassha
A disposable from Japan Camera Hunter shooting JCH Street Pan. Nothing revolutionary but what’s not to like.

Pointless Product Launch of the the Year

Winner – Fujifilm Instax Square SQ20
Weirdly when Instax Square arrived in 2017, Fujifilm had no analogue camera at launch. What they did have was a weird hybrid the SQ10. This basically combined a sub-4MP digital camera with a Instax Printer. What was the point ? Given they already sell Instax printers that you can plug or link to your camera or phone. Also Fujfilm tried the concept in 1999 unsuccessfully with the FinePix PR21.

But hey in late 2018 we got the SQ20. A slimmer version of the SQ10 which offers the killer feature “digital Zoom”. Shame the sensor, flash range and LCD are smaller. And you can’t switch batteries. Just buy an instax printer for your phone

Runner Up – Poundland Film December 2018
Sadly have to put this here. Until 2017 Poundland had kept many a UK photographer happy and richer with their rolls of cheap film for a quid (usually 24 Exp Agfaphoto Vista Plus 200).

But recently they’ve started selling film again. Good news you say ! Well it would be if the film was a bit more than the 10 exposures  for £2 !! The film inside is just fujifilm C200 which you can buy way cheaper.

Waste of Space Of the Year

Winner – Drone users Flying Near Airports
Making a duff product as outline above does not make folk bad but this year we saw the real impact of Irresponsible prats. Placing folks lives at risk doesn’t seem to be a concern. They managed to ruin Christmas for thousands of people stuck at Gatwick Airport in the UK. But there have been dozen of near misses and a few hits world wide. Worryingly it’s clear from this Petapixel post that some absolute sh**s even seek the fun of getting close.

The upshot is that responsible drone users face more regulation and restrictions and possibly bans in a knee jerk fashion. But what is most worrying is the genuine risk of killing folks.

Most Maligned Product of the Year

Winner – Yashica Y35
In fairness they Y35 was never gonna be a wunderkind. The spec sheet at launch basically told you it was gonna be a fixed focus camera with a smartphone sensor. And using that name …. Folks expectations went through the roof.

But boy did the bile rise up ! Even before it arrived on the backers doormats, it wasn’t feeling the love. It never met loftty unrealistic expectations that some had. It wasn’t great but nor was it totally awful. The concept actually worked but was poorly put together

Meyer Optik Görlitz
Once legendary German lens maker has had a rough run over recent years . This year its parent company went into bankruptcy after over extending a series of crowd funded projects. However there is light as just In December it was rescued by OPC Optics.

Blogs I read most this year

Best: Nikon F75 and the Lomography Diana Instant Square
The F75 which had a comparison review with the cheaper F55 was my great bargain find of the Year. An incredibly competent 21st century SLR that had almost all the bells and whistles of more pro numbers and probably is lighter & more practical camera to wield. Sure more likely to go to pieces if dropped (but then again the F90 has bad form there). The Diana was just pure fun and despite being the cheapest Instax square you can buy, offers interchangeable lens and manual control (there is no metering !!)

Worst: Lomography Diana Baby 110 & Konica EU
The baby was a step too far for the Diana format. The camera looked great but was frankly crap. One of it’s lenses just didn’t work and the other was poor to say the least. Buy a Halina Micro 110 if you want a lomo 110 experience or any of the cheaper minox style cameras. They’re all better than this.

For many expections would have been low for the Baby. But for a Konica, the Mini-EU is the dogs dinner. It tended to get exposure right but it’s images were just so soft. Bit of a mess really.

Several products left us this year as did many great photographers. My part One lists these in more detail. But in terms of products the end of the line for Canon Film SLR was sad to note with the end of the road of the EOS 1V. This leaves just the Nikon F6 and Leica filling the high end 35mm market. Fujifilm continues their retreat from film. Not content with knock off Natura 1600, the axe came down on Superia 1600 (800 gone in the UK and other places too). But Acros 100 was the surprise casualty