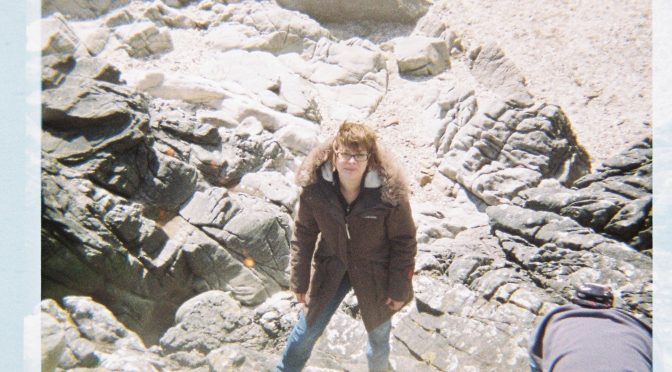 As the last of New Year’s bubbly goes flay and the last mince pie is being scoffed, it’s my annual look back at what has happened in the last 12 months in the world of Analogue film. But as its been a busy year, I’m breaking things into 2 two parts. This look back and a later post on the awards of the year.

We begin with the launch of Robert Hamm’s Modular box camera the NuBox1 on Kickstarter. Like many before there have been delays in the road but things still look good and hopefully we’ll see this in 2019

Kodak continued to be on form with a tweet announcing the return of T-max P3200 B&W film. For those of you focused on Bokeh !, Lensbaby launched the first wide angled Petzval lens for most popular SLR/dSLR/CSC mounts.

Casual Photophile let us know sadly that Acros 100 would be no more by October 2018 by picking up correctly the news from a memo sent out to Japanese film dealers.

Another month and another Kickstarter but this time a famous name. Rollei are bringing back the legendary Rolleiflex but in instax form. Watch out Mint you’ll soon have a rival ! Taking another route for a new camera was LEX, this 35mm camera is an open source camera that you can build yourself and use Sony E mount. Although announced in April development continues.

In other news Flickr was taken over by SmugMug either the salvation or fastening the death of the much loved photo hosting and photography social site, depending on your viewpoint. Magnum sadly announced the passing of Veteran War Photographer Abbas Attar.

It was the end of the line for the iconic Leica M7 although the company continue to produce the MP and M-A. Canon also announced the end of sales of their last Film SLR , EOS 1V, as this in Japanese press release announces. On a more postive but lo-fi note, Fujifilm finally launched an analogue camera for the Instax Square format (see my review of the SQ6 here).

Crickey ! what is it with DIY Open souce film cameras ! Dora Goodman already has some fame for her DIY smartphone adaptor that allows you to use a standard camera lens. But in June she launched her open source Goodman One camera. One for the wannabe artisans.

June was pretty much Instax & kickstarter combo central central. We saw the launch of the Diana Instant Square Kickstarter. Not only was this backed within 24 hours of launch but in typical lomography fashion (take note Ferrania and a few others) turned up on time and is pretty good Instax Square fun. It is the first interchangeable lens and external flash unit Instax camera. If you want instant but can’t give up your classic SLR, then Instant Magny 35 also launched on Kickstarter might be for you. This replacement film door turns your classic SLR or Rangefinder into a Instax Square camera. June saw the shipping of the Jollylook cardboard instax camera (again Kickstarter funded) although there have been issues.

In sadder new Photojournalist David Douglas Duncan passed on leaving a legacy of decades of brilliant photography from wars to personal portraits of Picasso.

This month’s Kickstarter launch saw the successful backing of a colourful 3d printed 4×5 field camera, the Cameradactyl. Only a lucky few (35 to be precise) will get their hands on prototype and early runs of these. KosmoFoto picked up on new Italian film maker Yodica (Ferrania take note !!) offering a retro saturated look.

Oscar Oweson started to build the Panomicron Holmium, his own 6×7 homemade rangefinder. Much promise in this 19 year old’s home printed camera

……And the rest of us could order from September !!!. If Disposable was more your bag Japan camera Hunter launched Kassha. This disposable is loaded with JCH Streetpan B&W film.

Want Rock Star D&P ? Well Jack White of White Stripes fame has set up his own film lab. The most mauled camera of 2018 the Yashica Y35 arrived ( overpriced but actually not as bad as some though IMHO). Adox announced the arrival of HR-50 a new ultra-fine grain “super”panchromatic film. And that’s not forgetting yet another Kickstarter Instax camera launch !!! With Carbon’s Escura hand cranked Instax Mini camera being succesfully launched and backed.

Renown Turkish photographer Ara Güler sadly left us this month. He left us with stunning vistas and street life shots from Istanbul and fantastic portraits of the famous.

November’s Kickstarter is Woodsum. An assemble yourself, wooden pinhole 35mm camera that you can still back if you’re quick enough. There was a bit of a stramash when SmugMug announced non Pro members would be limited to 1000 photos. Cue much anger and debate.

Florian Kaps has a thing about instant film. Not only was he one of the founders of Impossible (aka the folk that are now Polaroid Original) but he’s back with a team trying to save peel apart pack film with One Instant. Yup you guessed it in another Kickstarter project ! Of more concern are the woes with film chemical producer Tetenal.