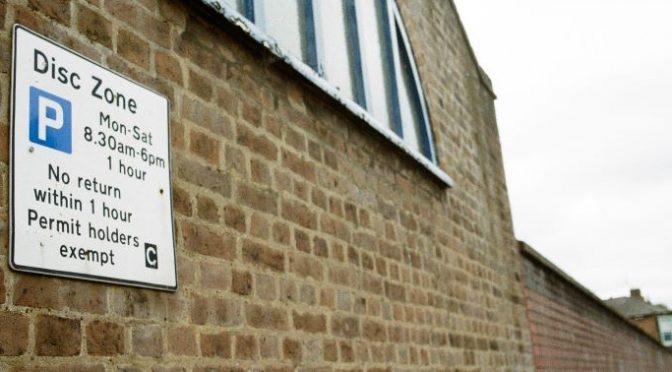 With apologises to Janis Joplin

At the moment you can’t move for posts and shots taken on Hassleblad XPan cameras. These technological marvels making even Leicas look cheap and are they are lottery winning dreams for most of us. But as I’m winning this week’s Euromillions, I’ve an alternative approach that might get you the look for much, much less.

In 1998 Hassleblad and Fujifilm entered an unlikely partnership producing the Xpan. A serious high end rangefinders that offered both normal full frame (24x36mm) shooting but also panoramic xpan shots of 24x65m. Wrapped up in a Titanium body capable of changing frames between shots and could swap lenses. Only 2 bodies exist (Xpan & Xpan II aka TX-1 or TX-2 under Fujifilm branding).

But there’s a few of catches.

These were always gonna command a high price. This isn’t helped by the fact that only 16800 Xpan and 5500 Xpan II were made. You’ll be doing well to secure one with a lens for £2500-3000. And as they’re electronically controlled, if something goes there’s a high chance you’ll end up with a 3 grand brick on the shelf. If you have the money to chance 35mmc and photothinking have interesting reviews .

But thanks to a 1989 Kodak Disposable you have a much cheaper choice range.

The Kodak Stretch 35 was one of several single use Fling series camera launched in 1989. Pretty unknown today, it would have the most long term impact of any of the models. Its USP was the Stretch format. This is a pseudo panoramic format essentially applying a 13x36mm mask to the standard frame size.

“Of course you sacrifice resolution. The frame created is a quarter of XPan. You basically get a film strip the size of two 110 frames.”

It shouldn’t have worked but the format became a sleeper hit. Some Japanese makes went nuts for it. In the day not all labs could handle the format but in the age of scanning I’ve found even supermarket mini labs will happily do these. You usually get a 24x36mm scan that you’ll need to crop manually.

Of course you sacrifice resolution. The frame created is a quarter of XPan. You basically get a film strip the size of two 110 frames.

You get a few very lo-fi cameras that are fixed in the Stretch Pano format like the Halina Panorama. But there’s a host of mainly Japanese designed cameras that have a moveable mask. These go from simple Lo-FI shooters like the Vivitar PN2011 right up to high end SLRs.

And it’s one of the latter we’re looking at today.

A few Japanese companies made SLRs with Pano options. If you’re already got lots of EF glass then cameras like the Canon EOS 500n with a pano switch might be for you. The Minolta Dynax series had some with switchable pano gates but they also sold a kit for some like the Dynax 600si, which allowed you to insert a mask when loading.

But our focus today is a Pentax

Pentax made several SLR cameras in the MZ (ZX in US) and Z series. And one of these is my Poundland 2019 MZ-5 which cost me less than quid without lens.

So ignoring the film frame and the rangefinder v SLR points here. On paper, the core spec is won by the Pentax. It has a faster shutter, better EV compensation range, wider ISO range. Dependant on the lens the Pentax offers PSAM functionality whereas the metering on the XPan is limited to Aperture priority or manual. Both cameras are motor driven and use 2xCR2. the Pentax is much lighter and has built in Diopter correction (XPan has correction lenses for viewfinder if you can find ’em).

The Pentax is tichy for an SLR and light.

The Xpan comes out fighting on build quality – yup titanium v plastic not really a battle. More a massacre. My MZ-5 is scuffed and the flash is droppy (a common problem in these old boys). There is quite worrying corrosion on some body screws suggesting my camera spent some time stored in less than optimal conditions. The Xpan viewfinder is brighter, bigger and clearer.

But my camera cost me less than a quid and still works. Granted it’ll die before a mint Xpan but I doubt there are many of those out there. And ya know if it dies I can move my lenses on to any K mount camera and many a digital via an adaptor. If a Xpan goes you’ve a 3 grand paperweight and granted you can sell the lens for good coin but…

It’s All About the Glass

From a lens point, there is no competition. The Xpan lenses were made by Fujifilm and only 3 lenses exist. The standard is a 45mm 1:4 (works out about equivalent to 26mm when shooting XPan). There’s also the 90mm and 30mm which requires a external viewfinder. It is worth noting these lenses vignette badly at narrow apertures meaning a good ND filter is a must.

The MZ-5 has however, the choice of a vast array of K mount lenses and M42 lenses with adaptors. This options you in to totally excellent glass and arguably the most friendly legacy lens mount that is still in use.

I could tell you the 28mm 1:3.5 Pentax-M lens I used was a thought out choice to match the XPan standard lens. But in truth I’d be lying as it almost matched it and I already had it.

The 6 element lens is not without its foibles. So it can focus closer than the Xpan but it has a narrow long range literally going from 3m to infinity on markings. Size wise it is no pancake lens either actually being longer than my Rikenon 50mm 1:2. So it softens at the corner but has incredible macro focus. Also under-priced for what it is and won’t vignette on you unlike the XPan lenses.

It is MF but I feel that’s a more than fair comparison here to the Xpan. The MZ-5 screen and small viewfinder are not suited to MF but thankfully the camera as pretty good focus assist. The Pentax-F 28mm 1:2.8 AF lens would have been around 4-5x the cost.

There is an argument to say why bother. Shoot the full frame and crop later either digitally or in the lab when doing prints. That’s an option but framing is key. Even if you don’t shoot in Pano you can flip on the mask with MZ-5 to see

This combo is not a bad choice. Optimal at the closer ranges but you do get the Xpan feel from your shots. I’m not gonna waste times discussing the optics here as you can find enough reviews of this lens online and it is one of many potential combinations with this body.

Obviously you get limited resolution but this set up is almost 100x cheaper.

For 30-40 quid this is a good set up for full frame let alone faux Xpan. At then end of the day you have a good lens and cheap as chips but capable SLR if you hate the look.

The lens should outlast the camera. When the latter dies you can stick the lens on any K mount or if you must many a digital via adaptor. The combo is of course one of many. It’s worth keeping an eye open for the Revised MZ-5n that offers a DoF preview feature too.

There are even cheaper K mount 24-28mm lenses made by 3rd parties too. But this is a happy balance for going wide.