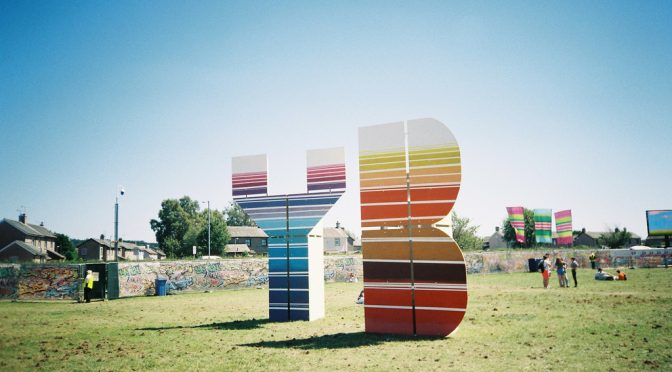 Although the thunderstorms and rain of the last weeks paint a different picture, the UK has basked under some of the best Summer weather ever seen. That luckily coincided with my time off in what’s known as the Golden Fortnight.  So I though for something different I’d chart my photographic experience.  Here’s my journey in the first of 4 parts

In the UK there is quite a bit of variation in school holiday times. But for us Scots, there is one advantage over our English Cousins. Our schools get out as a rule at least 2 weeks before  for Summer. It’s acquired the nickname of the Golden Fortnight.  Partly this is because the weather is often quite good. More importantly holidays are usually tagged at high or mid rather than peak prices. This suits us canny Scots as we usually can save a small fortune by going away in Early July. It’s usually a tussle at work to get and this year I got lucky.

This year the weather has been exceptionally good (although as we’ll see later it wasn’t all blue skies). During my 2 weeks off, I managed to end up in Belfast, London and Skegness !!

Down with the kids (literally !!)

But the fortnight began just down the Road at Park Farm. Dumfries hosts an annual music festival YouthBeatz aimed for kids & teenagers and Its grown in size over the years it’s run. This was the first year it moved to the bigger site of Park Farm  and the first time t was over 2 days.

The festival has done okay at attracting acts over the 9 years often with a smattering of X factor winners and finalisist but also some other well known folk like Basshunter. This year  they were able to push the boat out for various dance acts who top today’s charts (and are meaningless to an Indie Britpop boy like me). The festival also has various activities running through the day from a fair, inflatable and a nerf gun arena.

I don’t tend to see much of the big acts as I usually do the daytime with the younger kids and my better half does the evening and this year was not really different although I did come and pick up my eldest at the end of night 1.

The camera load out

The festival did have a no professional camera rule as is common so thought best leave the SLRs behind. In truth I’m on daddy daycare duty so being bogged down with complex gear isn’t on either. To save hassle I just took a non camera bag asymmetric bag and the following gear.

I ended up with 2 pocket-able fixed focus Olympus cameras aimed at amateur shooters who want an easy to use. But these are decades apart and are very much products of their time.  Although my PEN is a product of the 70’s, it shares and improves on the core design as the original 1961 PEN EE. It’s one of my favourite P&S cameras and I’ve reviewed it extensively before. It has a fast and very good 4 element 28mm 1:3.5 lens (equivalent to ~40mm full frame). You also get some handy features lacking in its modern sibling such as filter thread and cable point.  And of course its half frame so over 72 shots on some rolls.

My Trip 505 is really only related to that classic in name only and the notion it was a carry anywhere camera. Launched in the Twilight days for Olympus film cameras, this 2002 has a poorer but quirky 28mm 1:6.3 3 element glass lens.  But it does have a programmed shutter and comes with a built-in flash, motordrive and selftimer. Best suited to colour film for a great lomo feel, I’m growing to like this. Just don’t try to push it and forget it if you like landscapes.

Lastly is the iPhone SE. This is a camera Blog and one that usually focuses on film, so I’m not going to discuss the phone in detail (if you must chipworks teardown of the tech or MacRumors overview may be for you).  We’re going to focus briefly on the rear camera.

The camera tech wasn’t new. Essentially Apple used the same unit from the 2015 iPhone 6s.  So not cutting edge tech in 2016, let alone now. That said it is still not bad for entery to mid price phone. It has a dependable 12MP back-illuminated Sony Exmor RS CMOS sensor here, so much better than entry-level phones even now. Exmor technology essentially deals with some of the noise issues affecting CMOS sensors and these Sony CMOS chips are well-regarded. It’s notable that Sony dumped the CCD technology and uses Exmor sensors in its current dSLR & CSC. However this sensor is a measly ~1/3″ (~6mm) diagonal in size (cf full 35mm frame ~ 43mm).  The pixel density is 1.22µm.

Meanwhile the focal length is equivalent to a wide full 35mm frame 29mm lens and has a f/2.2 aperture. It uses AF which you can point focus on the screen. The camera also offers some exposure control once you’ve locked a focal point and you have the option of HDR modes. The camera can shoot up to 4K video but unfortunately lacks the optical image stabilisation seen. It comes with all the trickery like pano shots and slow mo you’d like.

Like any camera it relies on you using it properly and by and large I didn’t here. I was too busy with the Olympi except when shooting video. I managed to Muppet a panorama shot as above (what is worth noting despite the poor panning on my part living rise to missing people and destroying half the stage is the crispness). The other Achilles heel is an issue common to both smartphones and most digital cameras. Trying to do anything more than vaguely point the camera in full-blown sunlight is just not on. Today was not its highlight but we’ll see it again in this series.

So it was down to the film cameras.  My review of the Trip 505 details much of the pros and cons of a camera like this. It has a lomo like charm with popping colours and vignetting in bright conditions even on 100 ISO film. It’s also better than a disposable but cheap enough not to worry about coming to a grizzly end. It’s the sort of camera I give my teenage daughter to use, although bizarrely whilst I was down in the crowds going lomo with the 505, she was down the front filming the concert live feeds on some serious high end gear.

It can’t do distance shots really and I’m realising the viewfinder makes you shoot above your target a smidge at less than 3 meters. But its fun in the right conditions and this hot Summer day was just that.

The PEN should have won the day but the camera had suffered some grief unbeknown to me and had to be sent to the wonderful Alan Smith (aka the Roger Lean of the Olympus Trip 35 & PEN world) for repair. I only realised when trying to shoot dusk shots that the red flag never triggered. So lots of duff shots but when it worked it did do well clinically. Given the bright conditions = narrow aperture, it was  master of long shots when working. But it wasn’t the one that made me smile.

So oddly it’s 21st century 505 that proved the most fun.  And boy  does it deliver the goods as long as you remember its limitations.

Next it was off on the Ferry to Belfast with another more famous Olympus and a cult classic. But how did they fare against some of the digital gear ?

One thought on “Shooting in the Golden Fortnight – Part 1 YouthBeatz”