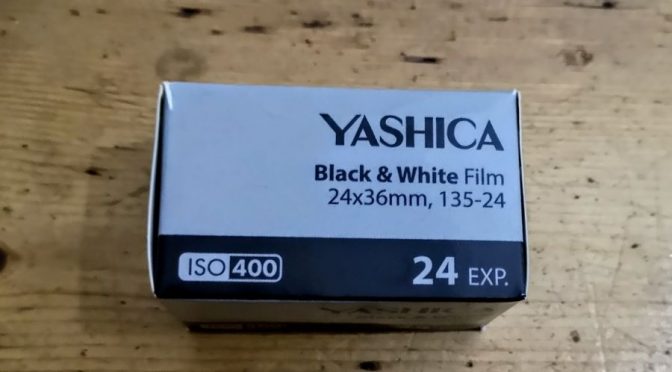 I am a muppet.

I got my hands on Yashica’s new film range and I though a child free trip to the Lake District would be perfect to test them out.

Shame I missed the lack of DX code on the films including the 400ISO B&W. I shoved that film into my F75 which defaulted to 100 ISO. Luckily some saints of the lab world came to my rescue.

The new Yashica’s path has been rocky. They started out with the Y35 DigiFilm camera that was pretty universally hated before it even arrived and most hands on reviewers didn’t like. But they swung back to analogue with another Kickstarter for the new Yashica MF-1 camera and the promise of 35mm films

I still dunno how I made such an error. The Nikon F75 is my general workhorse camera but it only sets film speed by DX coding. No DX and it defaults to 100 ISO. I’d actually brought a roll of Ars Imago 320 (aka Foma Retropan 320) along as I well. I knew that lacked a DX code and used the EV compensation dial to compensate.

With the Yashica I did think the light was awfully poor as the camera was open wider than I’d expect. This probably explains why some long images are softer than I’d like as shot at f/1.8-2 on the 50mm 1:1.8 AF-D Nikkor lens.

But I blindly shot the Yashica B&W 400 at 100 ISO. Luckily for me those nice folk at AG Photolab were able to pull the film 2 stops. The images are as they sent them to me.

They did a good job. I can’t say these shots tell you anything about Yashica B&W other than in good hands you can use @100ISO and get results

Yashica rated the film as 3/5 for grain and 4/5 for contrast. I didn’t find my results that contrasty but the pulling might have had a part to play. It feels like a more grainy version of Agfaphoto APX100 which I quite like. i just wished it had a bit more contrast. But as I say it’s not a fair review under the circumstances

I’ve yet to get the negatives back (AG Photolab now offer dropbox transfer – so my negs are coming by slow boat next week). So at the moment I’m still guessing whom actually makes the film (? Lucky ?Foma)

And if you think that’s bad on the same trip I popped the Yashica 400 colour film into my Pentax Espio AF Zoom. That defaults to 25 ISO…..