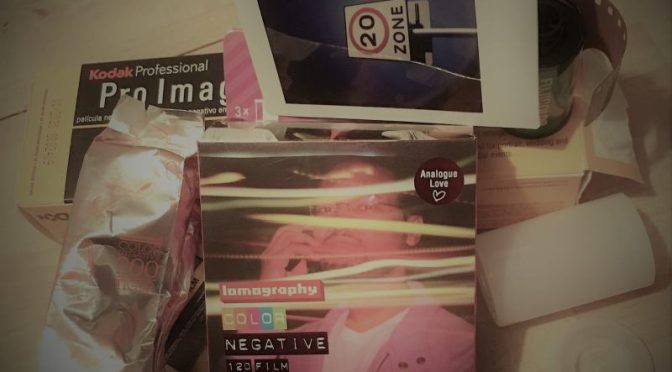 As I clipped in another Instax film pack at Christmas, someone asked so how much does that cost ? The answer I gave was nearly a quid but got me thinking about the cost of shooting film. So how much does shooting film cost us and what will work out the cheapest ?

This is of course tongue in cheek. Shooting film is gonna involve a wee bit of expenditure. Our pocket at the end of the day need to suffer a little for our art. However unless you’re a Leica addict you can be rest assured the camera costs will be much less than a comparable modern digital.

Essentially I’m gonna compare some real world costs for film by factoring in D&P costs to give a comparative cost per frame. Yes I appreciate the cheapest way of doing things is to DIY but time is precious to me so I’d rather leave things to someone who knows what they are doing.

For the purposes of this review I’m gonna quote the costs of 2 labs I use on their marketed cost at the time of typing AG Photolab & Digital Photo Express Carlisle. AG is a well respected lab that does a large mail to process service and is based in Birmingham. The lab in Carlisle is a fantastic small family run lab that only offer C-41 (or X-Pro) but can deal with most formats. I’m ignoring post costs and quoting for D&P with Standard or medium scans. Print cost frequently work out in the ball park per frame if you keep to the smaller print sizes like 6×4″.

This purely focuses on Instax, Polaroid & Colour films (C-41 for non instant). B&W can be cheaper but this provides a more consistent base & is comparing like for like to the Instax films. We assume you buy enough to ignore quoted postage prices

There are 3 formats (mini, wide and square). Our cost are calculated using the cheapest option on amazon for each. In addition Polaroid make a mini film

2 formats are used here – 600 and the newer i-type. Triple pack osta from Polaroid’s UK site for standard colour packs are quote here (yes the eagled eye of you will note one of the colour frame version is on sale below this)

For ease I’m using Lomography films for the comparison. They are the only game in town for 110 film and the cheapest 120 film on market. You can get cheaper for a 35mm film by about £1. I’m using Lomography’s own website for prices and ignoring postage as they’ll wave that if you spend enough.

So Our Lomo Films are

What is the frame cost ?

What I’ve done is take the lab cost, add in the cost of the film and then divide it by the number of frames.

So unsurprisingly 120 film works out quite badly compared other formats with only using a half frame (3×4.5cm) camera like the Bencini Koroll 24s as being in touch being below the cost of Instax film per frame. Polaroid is still the most expensive format

110 is a pain to find a good lab and costs vary. The AG costs include both prints and scan but still work out cheaper than many 120 format cost. If you have a scanner & 110 scanning mask at home you could just pay for their D&P only service (£4.49) giving a per frame cost of just 38p but we could reduce costs across the board if you were willing to home scan.

So if you were being totally bloody minded about cost and no other factor mattered go out and buy a half frame 35mm compact. However whilst there are lots of good reasons to get a half frame 35mm and some great cameras in that class you are using the second smallest format on test ! and that probably the explanation across the groups 120 costs more because it is bigger. The same goes for polaroid v instax. The only beast bucking the trend is 110 but that is pretty niche.

For 35mm I’ve banged on about length before especial with the recent Power Geek film at poundland which whilst is the cheapest film on the UK high street at just £2 isn’t such a bargain as it has just 10 exp a roll. Getting that processed & scanned at AG Photo gives a frame cost of £1.15. But bear in mind that whilst 36 exp is cheaper per frame in cost quite a few cameras struggle with it’s length like the VUWS or Recesky DIY TLR.

The fight in cost wise terms for instant print is won by some margin by instax but even with their largest format the frames are still smaller than the Polaroid ones. The colour palette and saturations differ as well so make sure you pick not just on cost terms

5 thoughts on “If You’re feeling Frugal what film Format should you shoot ?”