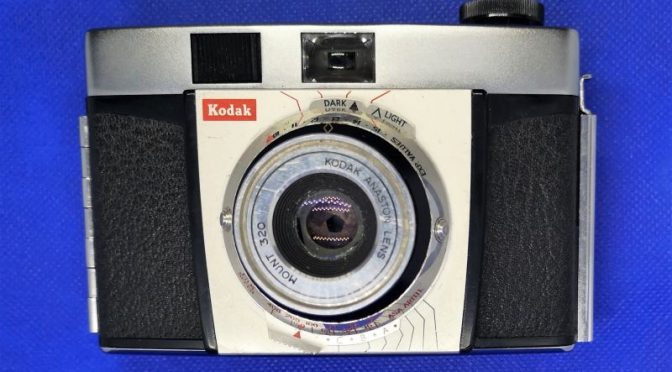 Kodak’s British arm was more than a mere sales outlet for George Eastman’s company. The company made its own cameras, not just British versions of the parent company. The Colorsnap cameras are to my knowledge, the only 35mm cameras the UK branch solely made. But are they worth your time ?

(Note images shown taken on the camera are either taken on Kodak Gold 200 or Kosmo Foto Mono 100 processed and scanned by AG Photolab).

Kodak’s UK arm was known as Kodak Ltd for most of its working life. Its pension fund is what became Kodak Alaris that we know today. It can trace it roots to 1889 when George Eastman launched the Eastman Photographic Materials Company, Limited in Britain

The company not only sold Kodak products but produced a range of products from film to cameras. Much of these were just UK made versions of the US product (my Brownie No2 is an example of this). But Kodak Ltd would also make their own cameras some for worldwide sales like the No. 2 Portrait Brownie. Others were just for the UK & regional market. 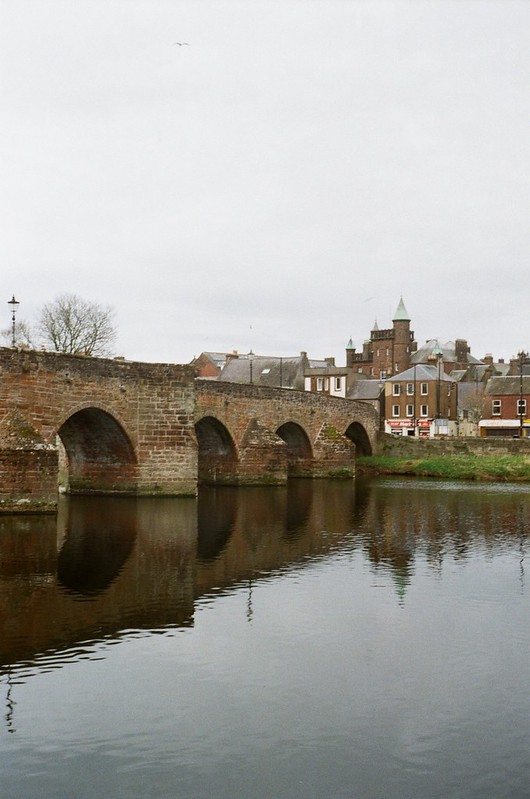 The Colorsnap series that ran from 1955 to 1967 are an example of the latter. The original Colorsnap cameras used 828 roll film, a rather pointless film format. Think of this like the 1930’s equivalent of the 126, 110 and APS formats, 828 was another format the world didn’t really want or need.

Kodak kept the format going post WWII briefly with the 1949 Pony 828 but dropped it shortly after. However Kodak Ltd in the UK launched the Colorsnap line in 1955 based on the Pony 828. The first 3 cameras were all 828 format and with a nod to the past were called the Kodak Bantam Colorsnap I to III (the original 828 cameras were the Bantam series) 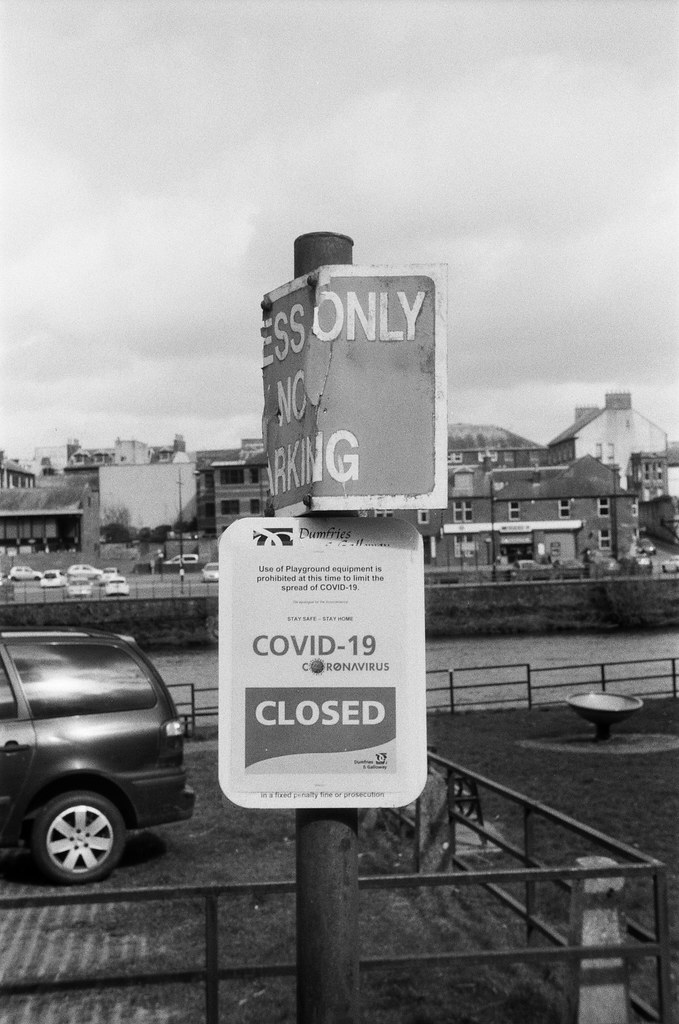 There are 2 versions of the unmetered camera. They only differ slightly and mainly cosmetically. Mines is the later 1964-67 model. The earlier ’59-64 model shown below has a slightly different profile with depressed top plate around the rewind knob and although it looks like a downward press shutter button like my later version you push the button backwards to take the shot. It also appears to use a logarithmic scale for film speed (likely DIN) whereas the second version uses ASA. The newer one has markers that go in 1/3 stops and go from 640 ASAto a third of stop below 12 ASA

The camera features a 43.9mm 1:3.9 Anaston lens with a single-speed shutter. Anaston was a named used by kodak on their mid range lenses in the 40’s and 50’s. This is likely 3 or 4 element lens. The manual for the first version notes the speed to be 1/40 which matches the later camera’s EV table. The aperture blades (which look like 5) are independent of the shutter. Focus is by the outer ring on the lens barrel. This is scale focus and is in both metres & feet, It also has zone marks.

The camera uses the brownie pin and screw connectors for flash. If you’re thinking of modding this for modern flash units, then be aware that this is geared for flash bulbs It’s likely if you could connect an electronic flash it would trigger before the shutter fully opened. The camera used PF1 bulbs that had a peak at around 18ms (M class).

Well built camera with more early 60’s than 50’s styling made of plastic and metal. The camera has a winding lever with a double exposure lock but interesting mines anyway did not lock against you winding before you take shot. A switch beneath the tiny viewfinder allows you to re cock the shutter for multiple exposures.

There is no cable point or timer. At least there is a standard tripod point. The viewfinder is typical of the period – really small on your eye side but wide on front so if you can peer in quite bright. There are no framelines. 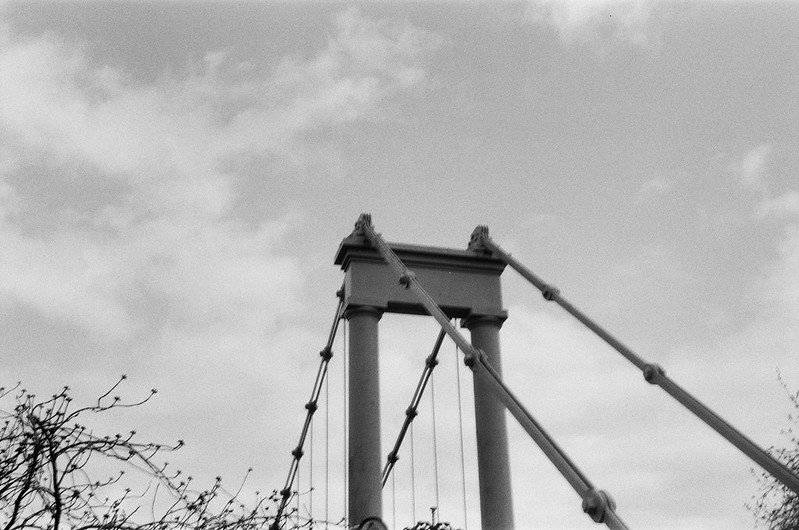 Access to the film compartment is by pressing a button and raising a lever on the side plate where you mount the flash.

This has a modern slot in loading sprocket system. If your testing one the winder will cock the camera without film. Once loaded you’ll need to manually set the frame counter (the camera counts down).

To set exposure you move the exposure ring so the notch on the top matches the 4 weather condition. These are exactly 1 stop apart but if you think the exposure is between 2 there is a light and dark setting either side of the ridge. In reality this is opening and closing the aperture blades. The exposure ring also shows a a EV100 value so given the 1/40 shutter speed the minimium aperture is around f/27.

the viewfinder eye port is one of the smalest I’ve ever used with only about a 6x4mm window. its reasonably light if you can line your eye up but there is no frame lines. 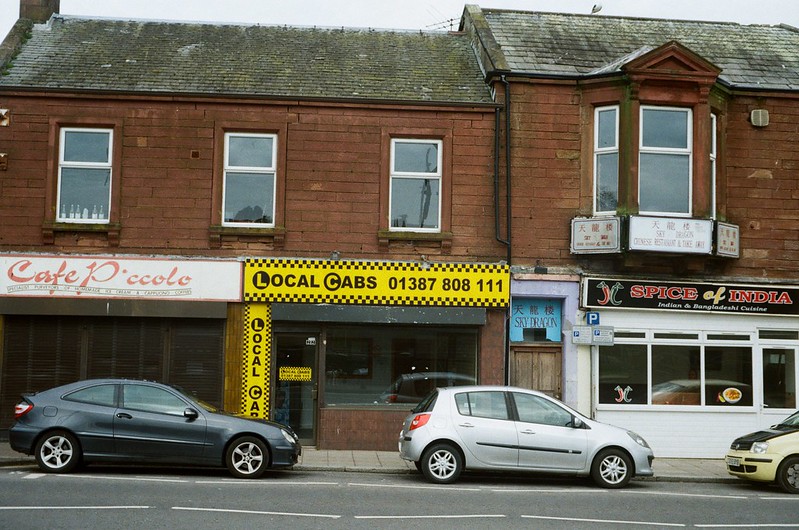 My camera as noted has no lock to prevent you winding on without taking a shot. There is some corrosion or died lubricant issue with my aperture blades as there is a soft crackling noise. The camera worked fine with a roll of Kodak film but it did not like the role of Kosmo Foto Mono i put through as it slipped on winding on some shots,

Interestingly the other recent review of this camera by Peggy Marsh at Camera Go Camera also had issue with the aperture blades as well as the shutter and a light leak. These clearly don’t like being sat idle and respond well to being used, if you find one that looks crock. 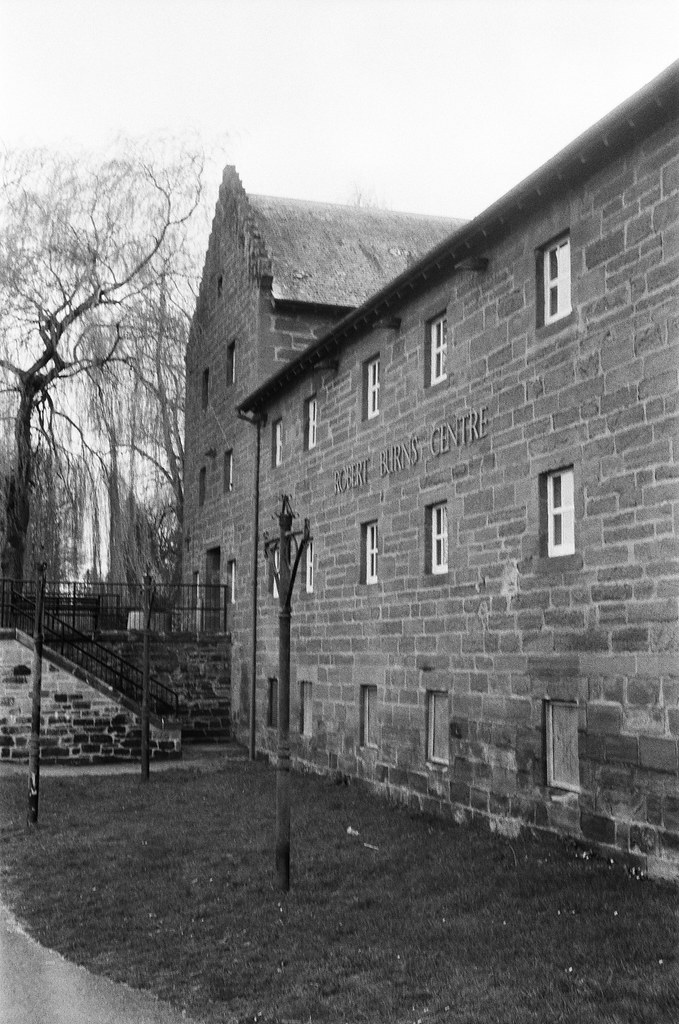 The rewind knob is meant to stay flush but my camera’s kept popping up at a drop of a hat.

The exposure system works well enough although it is completely reliant on your judgement. Modern film has much more latitude so the half stop light/dark setting matter less. tTe slow shutter does not help the optics

Optically the lens is about average for a 50’s viewfinder. It is not in the same league as my kodak Retinette 1A or Voigtländer Vito B but is way better than the Ilford Sportsman. However these are all aimed above the level of the Colorsnap 35. 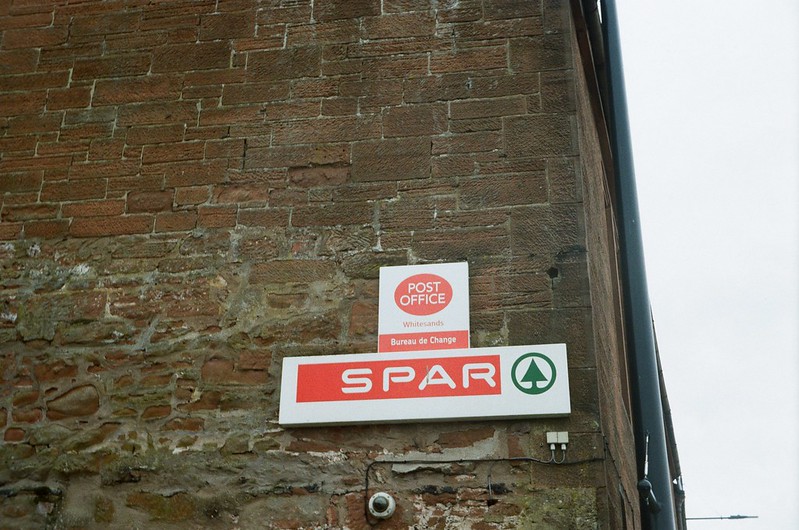 It is pretty consistent across the frame only softening very near the edge. radial distortion isn’t bad with very slight barrel deformity. Not the sharpest lens I’ve seen even when you are on the money but keeping it around f/8 (that’s EV setting 11) or better helps. It is weaker on long shots although that might be age wear hitting my lens’s helicoid integrity.

My running position for these 50’s viewfinder lenses is can they match the sharpness of my 1960’s fixed focus Olympus PEN EE-2 half frame. the answer is no but you have to be pretty good to pass that bar.

The lens adds a quite pleasing chromatic effect to colour shots. It does flare badly. 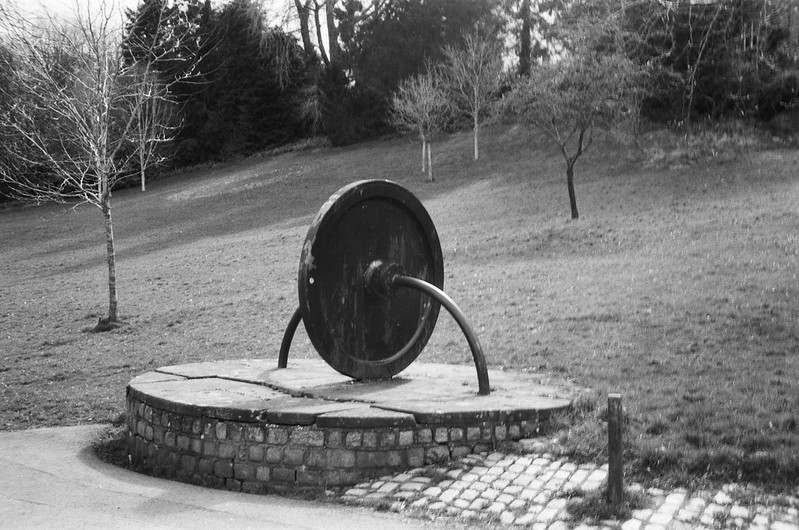 i’ve mentioned a few already. It doesn’t seem to have been sold in the US but they had the Kodak Pony II which has some similar features. You can find reviews for this at photojottings and Daniel J. Schneider sites.

The Lomo Cosmic/Smena Symbol has a similar system but has adaptability to be a much better manual exposure camera. If you get a good ‘un the lens can be peachy too. 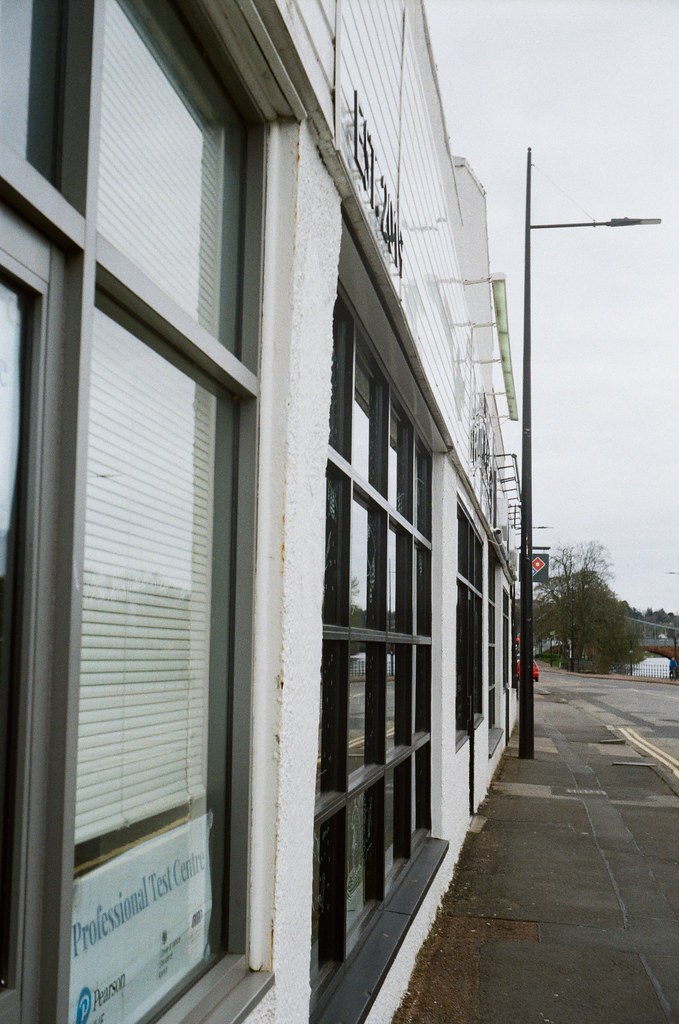 This is yet another 50’s average viewfinder. It is an interesting British made 35mm Kodak. But there are better cameras optically and from a Lo-fi point of view. The slow shutter speed doesn’t help either nor the lack of compatibility to modern flash. Shame – it is otherwise well put together.