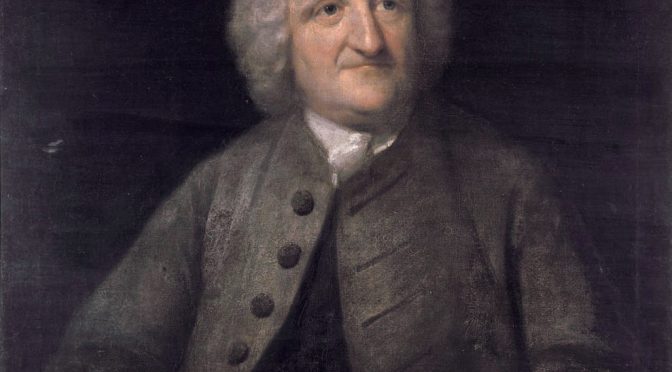 Our subject today is probably better known to folk in the UK for his surname which used to be found on branches of opticians. But John Dollond not only founded company that would be part of the fabric of the UK until it sadly disappeared a few years ago but he was also canny businessman who managed to  get the credit (and profits) for an important lens design. But was he the first and why did this lead to legal action and a family feud ?

Dollond’s involvement with optics may never have come about. Born in London in 1705, he followed into his father’s footsteps to become a silk weaver. This pattern was repeated with Dollond’s own son Peter who joined the family profession. But Peter changed tact in 1750 and set up an Optical instrument shop. Dolland followed his son into the business in 1952. His career in optics would be short due to his death due to apoplexy in 1761. But by then he’d been appointed Optician to the King and a member of the Royal Society (also winning their prestigious Copley Medal).

Achromatic for the people

The medal was in part due to his paper on what we would call Achromatic lenses. These were a huge stride forward in optics. When light gets passed through a simple lens light of different wavelength (i.e. colour) gets refracted by different amounts. This means you struggle to focus all the same wavelengths at the same spot.

The achromatic doublet lens reduces this effect by passing through 2 lenses made from different glasses with different amounts of dispersion. This means that light of 2 wavelengths (usually blue and red) are focused at the same point 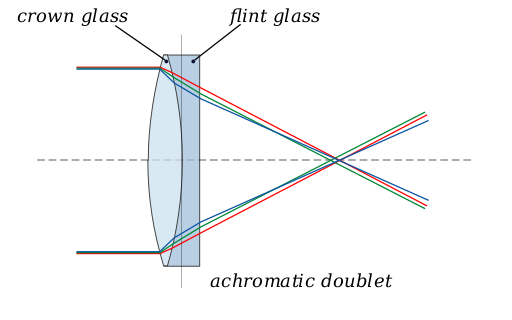 This improved image quality and these were widely used in telescope and microscope design in this period.  Oddly our early experimental photographers started out with simple single element lenses but rapidly realised the image limitations. In 1829 Charles Chevalier reversed an achromatic lens originally designed as a telescope objective for use for cameras.  This would be refined by Petzel in 1840 by adding 2 more elements to give Petzel Portrait lens which would be the dominant portrait camera lens design well into the 20th Century.

Dispute and half truth

Dollond would patent his design. But Dollond may not have been the first to create an achromatic lens. Many credit that to Chester Moore Hall in  around 1729. Unlike Dollond he never made his work public and never sought to profit from it. No examples survive of his work either. But if he did come up with it – there is a link between the two. The story goes that Hall wanted to work on his ideas in secret.  But needed someone to make his lenses. So he contracted 2 different opticians to make different lenses for him (one crown and one flint glass). They both unknowingly subcontracted the work to same optician George Bass.

Dollond would visit Bass  around 1757 to buy a reading glass. What happened at that meeting was and remains a hot topic for debate. In the late 1700’s it was also both a legal matter and a potential falling out within a family.

In his lifetime Dollond didn’t try to enforce his patent.  Maurice Dumas and others have taken this as his acknowledgement that he didn’t get there first. However his son Peter did successfully try to enforce the patent and successfully defended it from a legal challenge by other opticians. This led to financial ruin for some of the complainants and it is notable once the patent expired in 1772 the cost of a Achromatic doublet in England halved.

The curious twist comes in the form of Peter’s brother in law Jessie Ramsden. Ramsden was a massive figure in late Georgian scientific equipment manufacture and development. As a young man he lived close to Dollord’s house. This provided him ample opportunity to learn about optics and he was a frequent visitor. It also led him to meet Dollond’ daughter, Sarah, whom he would marry in 1766. Part of her dowry would be a share in the lens patent. Odd that in 1789 he effectively chucked in a metaphorical hand grenade and started a feud with his own brother in law in the corridors of the Royal Society. The debate about what actually happened when Dolland met Bass is still something vexing historians to this day.

What is certain Bass did remark on what we would call the refractive properties  of two types of glass. What else was said is the source of debate. Some including the litigants, Ramsden and some historians argue that Bass also discussed to varying extent the work he did for Hall. Others including Peter Dollond insist that Bass really didn’t say anything more but it would be a Eureka moment for Dollond giving him a clue to unlocking the problem he’d been working on and led to his own independent creation of the Achromatic lens.

The truth will probably never be known. Hall never really got involved in the dispute. The courts actually ignored the argument that someone else could have invented the achromatic lens first and effectively pointing out it was Dollond’s good sense to promote patent it first.

The debate about what happened in the 1700’s still rumbles on.

Image of John Dolland is an Oil Painting assumed to be painted in the 1750’s by  Benjamin Wilson. The original is kept by the  Royal Museums Greenwich, london but sadly are not on display. The RMG does show the image online.  Image used is sourced from wikicommons and is in the Public domain