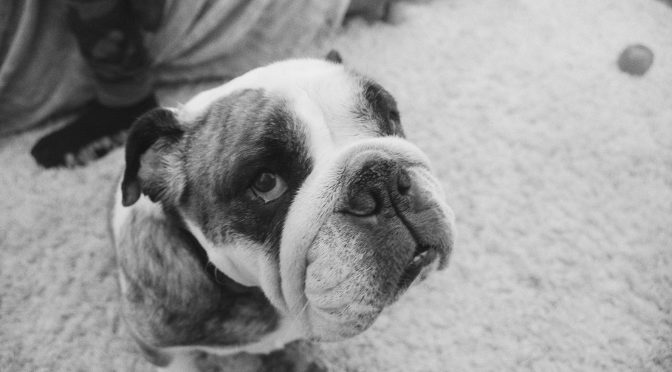 Kosmo Foto launched a second B&W film via Kickstarter this year and it started to arrive for backers and those who pre ordered it after the KS campaign finished. There’s been some discussion about the origin of this film and it been touted as a good choice for low light push shooting. But turns out it’s not a bad choice for good light at Box.

Agent Shadow is a Panchromatic 400 ISO B&W film. Currently only available as a 35mm film, it has been heavily marketed with it’s push-ability giving reasonable results as the below promotional image shows.

It’s DX code film unlike Kosmo Foto Mono 100. This is good as I have quite a few compacts & newer Nikon bodies that rely on DX coding with no way of overriding bar using EV compensation.

I’d loaded a roll up at the start of this month and managed to finish it over the weekend shooting with a Canon EOS 3000V (if you live in N. America for some reason that’s a Rebel K2 to you). It was combined with a USM kit Canon EF 28-80mm 1:3.5-5.6 II lens. Not exactly high end but hey ho !

The camera was shot in Av (aperture priority or AP to everyone else) mode with ISO fixed as per DX code. At the time of launch this was a budget camera but given it was the last budget film SLR made by Canon, it’s pretty kit loaded with a similar 35 zone matrix meter & 7 point AF as it’s posher 300X & 30V/33V (Rebel T2 & Elan 7N/NE) stablemates.

The Canon preloads the film when you load but I got 36 shots on the roll which is typical.

I loaded Agent Shadow in in Durham on her Majesty’s Jubilee weekend. Oddly only took one shot with gent there so the rest are at home and a trip to the time capsule (sports centre) in Coatbridge.

As we’ll see the latter was a tough gig. I’d taken the camera with to street shoot while my daughter did Ice skating, but Coatbridge allows you to shoot on their rink.

My film headed to AG Photolab (minor declaration I’m a shareholder). It went with a roll of Ilford HP5+ shot on the same set up. AG lists their B&W processing as

All images shown by me are as scanned unless specified. Scanning was at their medium jpeg settling.

36 images came back all on paper useable

I’m pretty happy using the film at box with commercial lab development. in good light pretty fine grain with a good gray scale. There is nice detail and defination and contrast is midrange. It’s quite pleasing feeling like XP2 when properly exposed in good light.

Weirdly i can almost compare it to other film. My camera was loaded with a roll of HP5+ when I arrived in Durham.

I though it did as good if not a better job than the HP5+ I shot in Durham (see Above) just before reloading which maybe was a bit less contrasty. That may be a lab thing but I literally took that shot near the cathedral within 30 minutes of reloading with Agent Shadow and taking the Prince Andrew Graffiti shot on the way back down Cathedral hill.

And in Tougher conditions ?

the ice rink shots came out okay. The lighting was a nightmare as this mobile phone colour shot shows

Yup no consistent light with a mix of daylight which wasn’t equal and colour changing moving spots. I know in hindsight I should probably have dropped a stop, switched to tracking AF and used spot metering but that said the shots I got back were still useable.

It is 1-2 stops under IMHO but a credit to Kosmo Foto’s new film still useable and with some auto correction looks better.

Overall I’m pleased with the results so far. I’ve not really pushed the film (bar the rink shots) but am very happy with lab processed results at box speed.

You can buy the film direct from Kosmo Foto here. I

And the Origins of Agent Shadow ?

Stephen Dowling has made no secret that his films are made by others. Mono 100 is widely felt to be a Foma emulsion. But this is different (the DX coding is a big clue) .

We know that Agent Shadow is “made by one of the most famous names in film production, with nearly 150 years’ experience making film and photographic products”. Weirdly this narrows down the contenders a lot. even Kodak hasn’t been around that long (1888).

The money for Agent Shadow is on Harman Technologies as you can trace it’s roots back to 1879. That’s when Alfred Harman founded the Britannia Works Company in Ilford. This would become Ilford in 1902. Others have noted that Kentmere 400 shares the same development timings as Agent Shadow. I also found that Kentmere 400 is a good choice for pushings

The only other possibility is Agfa-Gevaert who can trace their founding to 1867. Although not in direct consumer market today, this once mighty photographic titan still makes film for industrial or specialist use

Emuslive got a pre-production roll to test back last year. Alex Luyckx reviewed it last week at Studio C-41 shooting at box just like me.