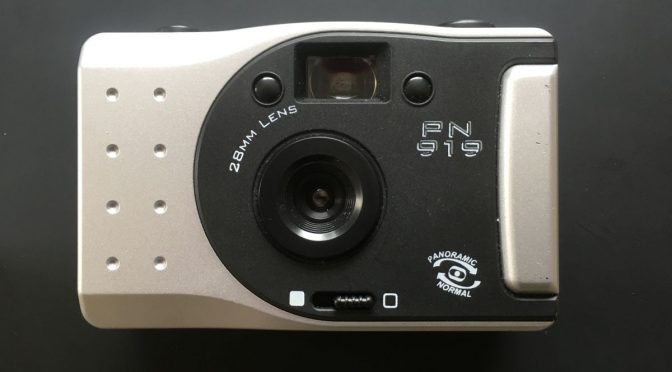 I recently did a review of cameras that are often seen as being crap but turn out to be quite good. It got me thinking about the converse – cameras with a cult like following but are awful. Here’s my starters for ten.

To qualify we’re not looking for the technically worse camera ever made. Nor are we wanting to look at really good cameras that have become iconic and almost worshipped like the Contax T2 evn though that’s grossly overpriced

What we want not so good or over-rated that are sought after or have a cult like following. But what do you think ? Have I got it wrong and what would you add ? Comment below.

The Cosina CX1 & CX2 led to skew of similar looking compacts. Most famously those crafty folk in St Petersberg came up with their version in the form of the camera that put the lomo into Lomography, the LC-A. But others exist.

In Hong Kong W.B. Haking took note and came up with their own take. Haking has some form with cheap ‘n’ cheerful look-a-likes and some are not that bad. This however is.

It started out well. The camera is one of the best looking cameras they’ve ever made with a sliding front panel which opens the lens and viewfinder. It comes with built in flash. However it is all fur coat and no knickers. The 3 element lens is fixed focus. There is no auto exposure – you’ve a fixed single shutter speed and an aperture tied to the film speed a la supertrip. Shame it just doesn’t have the optics that the supertrip has. There is a sweet spot for focus but go beyond that and it’s mince. The low light system turns the flash on whether you want it or not (you can only override to turn on)

It’s become quite sought after and was sold in a range of guises. It was sold a long side the near identical Halina Micro E which at least didn’t force the bloody flash on

Full credit to Lomography for resurrecting the 110 format. It was inevitable they would launch a camera based on their Diana F+ for the format. Just a shame it is awful with the stock lens.

On the plus it looks Incredibly cute and has potential with its ability to change lenses and support flash. Just a shame no one thought things out. To use you need to remove the Diana inspired back and stick on a much more industrial back. The camera doesn’t come with a standard tripod point so using the PC sync flash point either involves holding the flash or some serious work to get a flash bracket to fit. The camera features a pointless bulb setting especially as prone to shudder with the shutter, There is no aperture control.

But the real problem is the standard 24mm lens. With it you get awful out of focus shots and not in a good way. There is a second lens (12mm wide) which is okay in a lo-fi way. But weirdly this is not the standard lens. Meaning you’re forced to buy the twin lens kit. Luckily Lomography always seem to sell this for the same as the standard kit. Unluckily it will set you back £40.

So visit the ‘bay or your favourite auction site and tap in 110 camera. You’ll get tons of retro vintage lo-fi cameras (and some quite high end ones) that will cost you less than a pint in Edinburgh to buy and get delivered. If you wanna go truely lomo style I’d recommend the Halina Micro 110

The development of the bridge camera has seen some pretty weird beasts over the years even starting with the proto bridge Minolta 110 Zoom SLR. But one of the worst designed was the Samurai series.

Looking deliberately like a camcorder of the day, it is an ergonomic disaster. As James Tocchio of Casual photophile notes “The fact that SLR design didn’t change all that much in the twenty years following the Samurai’s release tells the rest of the tale”.
Shame as under the hood was a well spec’d bridge camera that offered half frame as a potentially USP. That and the fact it could shoot budget minded half frame.

The series limped on into a APS model which was equally crap to hold.

Often hailed as an icon of British post war design, the Ful-Vue has reached some weird collectable cult status. This over looks the fact that underneath the curvy miner helmet body is a mediocre basic pre-war camera.

The original Ensign Ful-vue was a late 1930’s box camera with a big pseudo TLR  viewfinder. Pretty basic by 30’s standards with fixed focus, a choice of 1/30 or time (aka bulb) and a single aperture. Given Kodak had offered more in 1902 with the Brownie No.2 this was hardly cutting edge.

So you’d think it would be gameover post war when public tastes began to look for less austere things. But that’s where the miner’s helmet comes in.

The president of the British board of trade had challenged companies to come up new designs to be exhibited to the British public at the then empty V&A. Barnet Ensign missed the point by taking 2 cameras neither of which were technically new. The better one was the Commando a reasonable medium format rangefinder which had been launched in 1945 for military use only.

The other was the re-styled Ful-Vue. Pretty naff technically in ’39 and now woeful in ’46. Weirdly it was vaguely popular demonstrating a classic case of style over substance. They oddly remain collectable with even folks repainting them to take slightly later more colourful variants that command higher prices. Just by the Brownie instead, you’ll save money but get a truly iconic camera.

On paper this sounds an interesting prospect. A Lo-Fi toy camera tweaked so it could shoot half frames and potentially stereotype images. And yes it does these things but the design means the only people who could safely shoot one are probably 15 year old teenagers. If not you’ll just look plain dodgy.

Even the black version (literally the least creepy) has only a face that a teenage at Harajuku could love. With the weird eyelid lens covers clearly some one too much prescription medication (or more illicit substances) thought would look cute in the design process.

The camera is as you’d expect pretty mediocre. Based on the Holga 135 chassis but with any focus capability. Increadibly ease to underexpose IMHO but you just feel dirty using it.

6. Under the Bridge-
Canon Epoca/Photura/Autoboy Jet

So as we’ve already seen the world of the film bridge cameras are littered with some of the weirdess cameras ever designed. But whilst the Epoca looks like yeat another concept bridge, it actually is just a run of the mill zoom compact camera wrapped up in pointless body.

Most bridge camera at least have the excuse of trying to squeeze in a SLR mechanism to justify their whacky designs. The epoca has no excuse and even makes the infamous Konica AiBorg look sensible. There’s a reason most zoom compacts look the way they do. Intended to be shot one handed and styled like a video camera, the epoca was too heavy, had a noisy zoom and too small a viewfinder. The optics and underlying function are not bad, it’s just a badly designed concept camera that got briefly commercially marketed.

You might as well buy a reasonable bridge for the money.

Before I get flamed, I must start out by making the point that the XA2 is actually a quite good camera. However it does not justify the cult that has arisen around it.

The XA2 is essentially a stripped down simpler version of revolutionary XA rangefinder. It shares the same clamshell body and similar brilliant but flawed optics. The fully auto expsoure is not bad althought it lacks the backlight adjust of the XA (re-introduced in the XA3). It ties you to the proprietary XA flash units.

My gripe is amongst the faithful it has an unsurpassable status. This isn’t helped by the erroneous comparisons to the Lomo LC-A (a bit like comparing a vintage beetle and a vintage MG roadster). This is however one sure way to wind up any devotee of the XA2 ! I’m not also amused by their attitude to the interesting but flawed XA1 which is seen as the runt of the series.

Although one of the smallest 35mm compacts you can buy, there are better around it’s size including the Cosina CX2.

The camera suffers from age reliability. I’m not just talking about the frankly awful sticky membrane shutter but general mechanical or electrical failings. I’ve owned about 4 in around 8 years some didn’t really work and others failed. The price has also in the last couple of years got over inflated. I could live with the short comings and taking a punt when they cost a tenner. Now they cost 40 quid or more. You can by a much better Olympus Trip 35 for much less.

Another Lomo sought camera, this just isn’t worth the effort despite dangling the twin lens idea. Numerous cameras were re-branded on this and a slightly earlier design (epitomised by the Miranda 200 TL). All had the same rotating lens barrel that allowed you to switch between 2 lens lengths.

So the premise is good but take a close look. The logo on lenses make a point of being ‘japan lens’ – a early warning quality ain’t gonna be great optically. And as these are fixed focus, shutter and aperture- they really aren’t.

The Super usually sits on lists of the most innovative cameras. It is also sought after by collectors too with prices often getting into 4 figures.

It was the first camera launched with automatic exposure (in fact it offered shutter priority control). And like the XA2 if it works it isn’t a bad camera for its time. This was aimed at professionals with a coupled rangefinder and compur 8 speed shutter.

But only just over 700 were sold. In part due to the price which means they’ve actually depreciated in value. You could have got a Leica for the same money and still had change in 1938. The other reason is the reliability. Known as the boomerang by Kodak’s aftercare team as they kept coming back explains the other reason.

Shame as it would take 2 decades for successful auto exposure cameras.

Vivitar’s VUWS is one of the best know and brilliant plastic lo-fi killer cams you can buy. The PN2011 is not.

Like the VUWS most PN2011 were given away as promo cameras. The most notable was the Reader’s Digest PN919. This was intended to be kept in your glovebox like some kind of after event Proto-dashcam.

It is a cheap rubbish plastic camera. Whilst it is possible to get usable images on a good day, these are pretty lo-fi. However this fixed focus, shutter and aperture beast has picked up a cult following despite being nowhere as good as the VUWS . The lens is just problematic with a poor focal point.

8 thoughts on “10 Cult but not so Great Film Cameras”