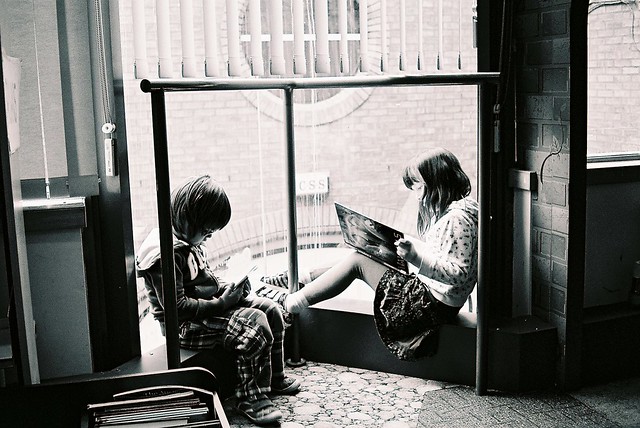 Howday folks. This is the start of a regular post on some photo related news, blogs and stories that you might have missed in the last week.

Schrödinger’s camera ?
Wim Wenders ponders if photography is both alive and dead at the same time in the BBC short video (one also for ‘roid fans).

The Hitchcock for Photographers ?
Frank H. Wu makes the case for Rear Window on 35mmc.

Positive about the Diana ?
Out and about with the Diana+, a rare review as the F+ is so ubiquitious. Find out more on thei post at Broken Camera . Club

Reviewer non grata
A chilling perspective on falling out with a camera company post review by Usman Dawood over at PetaPixel.

Instant Love
Abigail Crone picks some of the best ‘roid shots on the theme of ‘someone you love’  for FSC’s month Polaroid Round Up.

Cold War Legacy
Weighing up the pros and cons of the industar 61 L/D 55mm rangefinder lens at Causal Photophile.

Outlaw Shootout
Shooting portaits using a  1926 Large format camera. See and read more of the Outlaw Project over at Ilfordphoto.com.

Fujifilm’s back in Black (& White) ?
Are some iconic B&W about to return. Join the discussion at ISF on Flickr

Pinholed in Norwich
Shots from a 3d printer pinhole camera over at blaterskite (worth mentioning just for the name !).

London Calling
Enter your best night themed shots over at Lomography.com to be in with a chance of winning some lo-fi gear to Celebrate The London Nights exhibition at the Museum of London

So that’s it for this week. feel free to add any good links below or suggestions for blogs worth visiting.