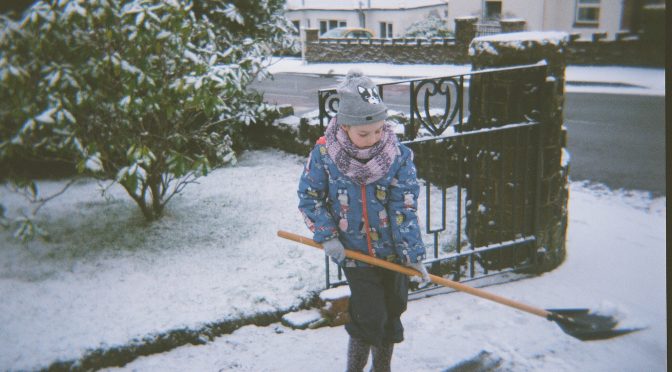 Since I published the 2015 but a lot has happened in the world in general and in film. So join me as you polish of the last mince pie and shove the last of the weans’ packaging into the recycling bin

Whew ! what a turn around for a company that filed for Bankrupcy just 5 years ago but Kodak is back with a bang. I gave this gong to the film industry last year and they are pretty critical to film production at Kodak Eastman. Obviously us still shooters are reliant on Kodak Alaris or folk who convert the cine film for still processing but both still are heavily dependant on Eastman. Kodak got a lot of press for various stuff over the last 12 months from the movie film stuff to their smart phone. But for me the big deal was their launch of a Super 8 consumer movie cam.

The Kodak  just missed this with the relaunch of Ektachrome on the 5th of Jan. It was a pretty slow year for development otherwise but 2 products stand out. First there is impossible’s I-1 the first new Polaroid camera in acouple of decades and the first not made by Polaroid. But I’m giving the award jointly to Lomography abet with gritted teeth. They too have  a new instant format camera in the Lomo’intsant Automat. Now the keen eye amongst you will point out that this is just an updated version of the earlier Lomo’instant and you would be right. Why I begrudgingly give this award jointly is in part due to the strategic vision of lomography here and part the fact that impossible equally didnt come up with something new.  Despite lomography being a serious international player they still convinced us to fund the entire project was Funded via Kickstarter. They’ve also hit a sweet spot for price which also helps push sales of the much cheaper original Lomo’Instant. They also picked a film format that folk can buy in most small town in the for fujifilm instax film

Which leads us neatly to….

Although Fujifilm instax remains very much en vogue, Fujifilm yanked production of the medium format instant  FP-100C film. Not perhaps the biggest hit to us rank amateurs  but for our more specialist, experience pro and semi-pro colleagues a bigger hit. Sorry guys should have bought that land camera….

Yup another year and still no show for the ressurected  E-6 film from Film Ferrania. I still hold out for these plucky Italians although Kodak’s return to Slide film will be a challenge although I still see room for  Both Kodak and Fujifilms to slug it out as the big boys with Ferrania stealing a niche market in the same way Adox, cinestil etc have elsewhere.

Tough choice here. There were some bargains bough this year – notably a Pentax P30T with a good SMC pentax lens but really 2 cameras stand out for me.

First the Halina Micro 110. This tichy lump of plastic with a mediocre lens brought a smile to my face and was way more fun than some other 110 cameras I fiddled with. One for the Lomographers amongst you but just fun. 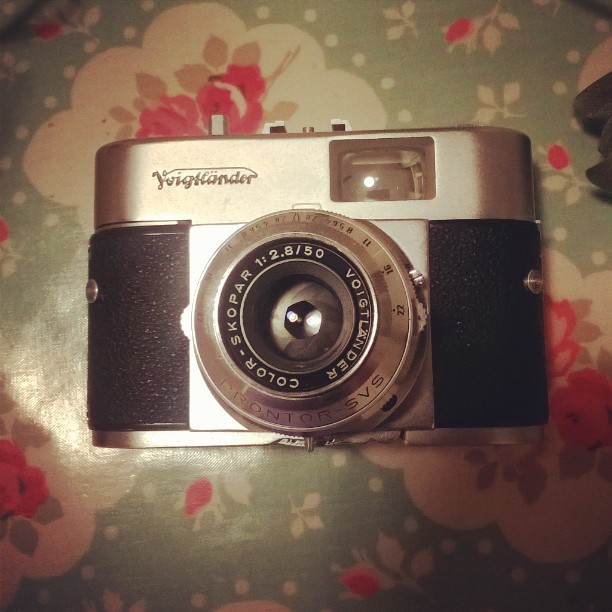 I was smiling more internally when a Voigtländer Vito  B arrived and when I got the first shots back. This camera truely lived up to the expectations and is German compact camera making at it’s finest (although I’d probably prefer the smaller viewfinder model without the EV coupling ring)

Defining worst gets quite hard really but there were some lousy Gear this year but none however were truely awful like last year winner the Halina Silhouette. The Goko AZS 700AF was underwhelming with knobs on as a AF zoom but was still useable to some extent. The Roniflex X3000 blew apart on the first roll but that sadly was to be expected from a japan lens camera. So I’d have to give Silhouette this gong 2 years running as it’s still leaving a bad taste.

One thought on “The Post Brexit annual Film world review – 2016”