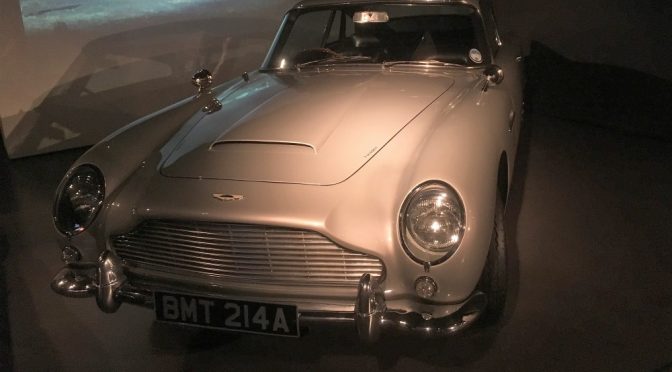 Since my last posting irregular update a lot has been happening both in the world of film and in the wider world. This post is a bit Bond themed with news that Bond 25 inches ever closer with news on the new Villain and confirmation the the Fantastic Phoebe Waller-Bridge will be co-re-writing the script. So grab your Martini (shaken not stirred) and pull up a seat.

The link with film cameras and Ian Fleming’s most famous creation is quite strong as these posts from Casual Photophile & ApoTelyt shows from the expected spy cameras to more outlandish Q gadgetry like Timothy Dalton’s Hasselblad sniper rifle.

From Hong Kong With Love

If an actual simple camera was ever going to accompany Mr Bond it was gonna be a subminiature. Indeed George Lazenby whips his out his Minox and uses it upside down in On Her Majesty’s Secret Service. I couldn’t quite afford one but I did manage to land a pretty small subminiture form those cheeky HK based purveyors of cheap cameras Haking. The Halina Super Mini is a simple but compact 110 camera. I’ll review it and it’s bigger Flash equipped brother, the Super Mini Flash, soon.

Talking of things from Hong Kong….

The Man with the Golden film

I mentioned that the folks behind another infamous camera are back. Having somehow managing to alienate the bulk of both the film and the digital communities with the Y35, the folk behind the new Yashica are back after your money. This time it’s for launch film and a film camera. it’s fair to say the the response has been Lukewarm. I suspect that’s down to the Y35 and I can’t help thinking if only they did this first.

But actually they’ve actually done it in just a few days of their Kickstarter launch. It’s looking increasingly like the 2 films are based on Kodak Emulsions withe the Yashica 400 film apparent sharing the same edge markings of a older version of kodak Gold 400.

Worth noting that the actual Man with a Golden Heavily featured the pro Nikon F series both as product placement and for that legendary optional accessory for the Nikon F a rocket launcher ! Talking on modifying stuff…

Over at Emulsive, Ian Fleming (no really !!! continues his workrounds to get use 126 film cameras back in action. This week it’s getting unperforated 35mm film ready for use in your favourite instamatic.

By the 1990’s taking macro shots was easy with even compact cameras offering macro modes. But it wasn’t always so easy as Mike Eckman explores in another trip into Keppler’s Vault.

I’ve been shooting a relatively unknown experimental film in the UK last week. Dustin Adams has been selling his Psych Blues film for some time. These are hand fogged to give a dream like image. The film came as part of Emulsive’s secret Santa but a newly arrived 28mm Pentax-M lens gave me an excuse to try out. I’ll post the results soon.

Another arrival this week was the massive Olympus AZ-300. A confusing mess of 80’s excess, this viewfinder with bridge camera pretentions looks like an Starship from a Roger Corman Sci-Fi film. Still it won European Camera of the Year in 1988, so I’m keen to know if it is better than it looks.

For more standard AF Zoom compact fare you could do worse than the Canon Sure Shot 70. Theo at Photo Thinking has had his for almost a quarter of century and tells us why it’s a keeper.