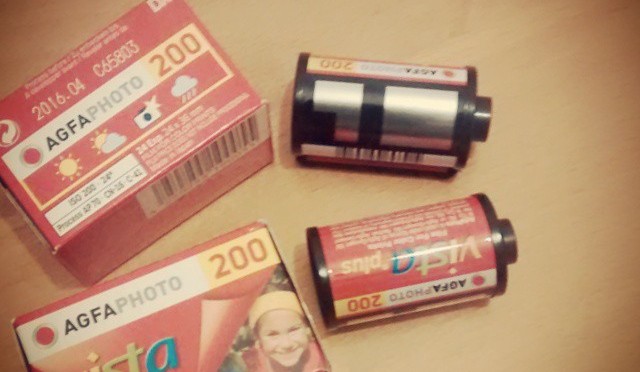 Most of you will know a bargain always tempts me so that’s why I shoot shed loads of AVP200 from Poundland isn’t it ? But actually AVP200 can work out more expensive than you think but I still think you should buy it and here’s why !!!

This is actually a hard post for me to write but I feel I need to clear the air here. I genuinely do feel Poundland have helped the film renaissance here in the UK. They are one of only 2 stores you can find in most UK towns that usually sell film (like the other Boots, not all branches stock film) and made my life a heck of a lot easier when I got back into film. They also continue to save my bacon when I’ve run out of mid speed film (Ta your Blackpool branch the other week). For all of these reasons I encourage you to pop in once every so often and by a 24 exposure roll of AVP200  even if it’s not your 35mm drug of choice.

It might not be quite the bargain you think it is (credit to Flickr user Stuart Lloyd for pointing this out ).  You might end up paying more in the long run using it.

It all comes down to development costs. Pretty much every lab charges the same to develop a 24exp as a 36exp roll and depending on your choice of labs even developing a pro level film can work out cheaper. Basically in the long run as 3 rolls of 24exp will yield the same as 2 rolls of 36 exp and what you save on cheap film rolls, you start to loose on paying for an extra D&P cost.

Now let’s look at the total cost including processing. I ‘m just using a simple cost per roll (you’ll be able to work out your own costs from this table). For the comparison I’ve used 3 rolls of 24 exp AVP200 versus 2 rolls of 36exp other films

Okay so things do depend on the costs a bit but even if using a really cheap lab that offers  £3 a roll process (a few UK services will offer that for D&P only) our AVP 200 is not the cheapest. Its C200 online equivalent saves you over a quid and Kodak’s cheapest is just under a quid cheaper. The mid range and more pro films still work out more expensive at this range but a few pounds more processing a roll and things get more interesting.

Even Portra actually become cheaper to use once the processing cost go over £11 a roll (that might sound a lot but for one of the pro labs in the UK for D&P plus scanning things can easily go over £11). Beyond £11 a roll you even get into the realm of saving more (£15 a roll would make Portra over £4 cheaper all in !!)

Of course if the legendary 36 Exp AVP200 rolls turn up again in poundland this all goes out the window (I suspect that is increasingly unlikely).

Equally please don’t stop buying the 24exp rolls at poundland !
Okay it might work out a bit more expensive in the long run but if it ain’t commercially viable for them they’ll drop it and that will take us down to only one high street provider and that means less choice for us and less hook for new folk getting into film.

And that’s a shame. I’d have been dead in the water in Blackpool without it.