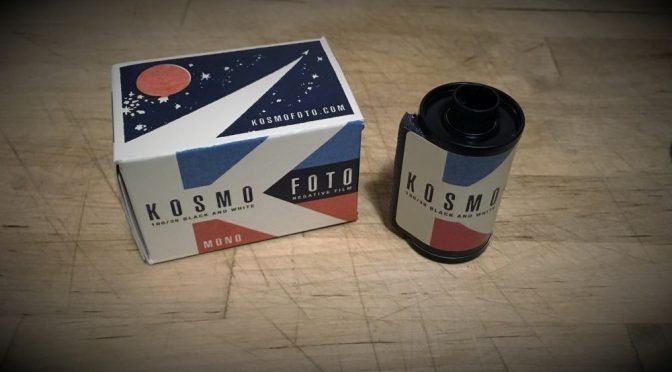 You might remember those nice folk at Analogue Wonderland sent me a box of 3 very different rolls of films recently. Amongst these is Kosmo Foto’s B&W film launched last year a 100 ISO Panchromatic number. So I loaded up into my trusty Nikon F55 and headed to the Solway coast with the weans to do our bit for the environment and to test out this film.

The load out and destination

Mersehead was our destination one windy day on the Solway coast. This RSPB bird reserve is great for walks and watching the wildlife in the coastal area with both wetland and saltmarsh areas providing a haven for the birdlife. But wasn’t twitching we went for it was the autumn beach clearance. But as well as doing my bit for the environment I though it the perfect chance to try out Kosmo foto’s film.

The loading gear was my limited but reliable Nikon F55. I decided to pair it with a cheap nikon 28-80mm AF-D zoom and pushed things a bit by sticking on a K2 yellow. The film got shot at stock speed and sent to AG photolab for processing and medium level jpeg scan.

Yup I could have used my prime 50mm and dropped the filter but first I wanted to shoot with less than optimal gear and secondly its a sand beach. Sand in a cheap lens I can live with. My prime shall not pass !!! It’s also a roll on an assignment rather than doing something dull with test condition shooting. 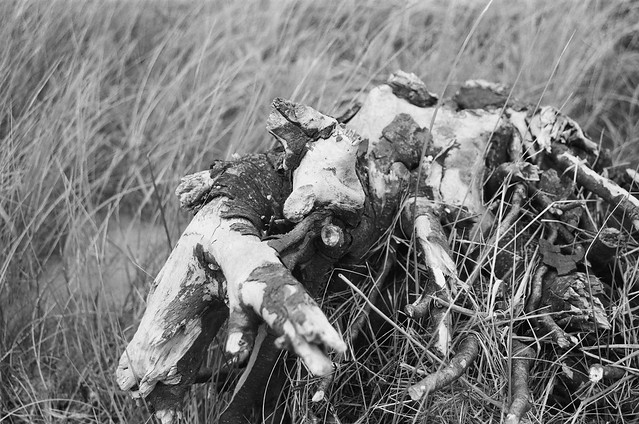 Back to the film and the name. Kosmo Foto is the excellent film blog  created by Stephen Dowling. Arguably one of the better film blogs out there, Stephen started under the name Zorki Photo but when he wanted to launch his own film he ran into obvious trademark issues. 2017 was certainly the year of the film blog film with Japan Camera Hunter’s Streetpan 400 being another notable release.

Stephen indicated on his blog that Mono is made by a leading film manufacturer and is a tried and trusted emulsion. What is clear is that it’s a fresh emulsion not some rebadged expired stuff like lomo F400+. Most fingers point to Foma which is no bad thing as they do make quite good 100 stuff IMHO. 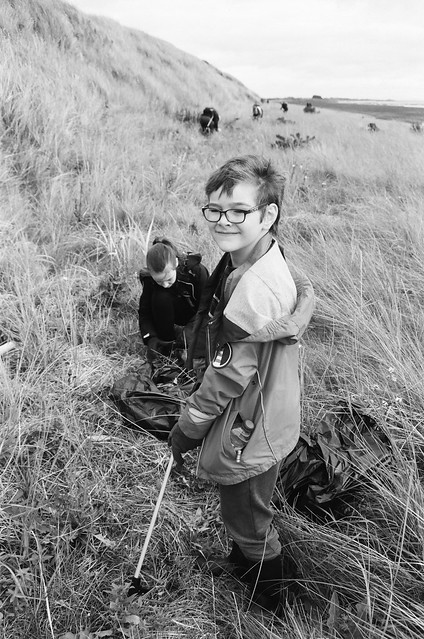 What is new is the packaging. Stephen has arguably the most attractive boxing on the market with a retro soviet era box. The roll isn’t DX coded (another pointer to Foma) so be aware for more modern cameras. Luckily most (like my F55) default to 100 ISO if no DX code. One nice thing is on loading I got more than 36 shots.  If you don’t own a later Nikon that wont seem relevant but…. The F55 like several other models unwinds the roll on loading and shoots the film in reverse meaning. This means you don’t loose shots taken if open the back. The downside is you never seem to squeeze out an extra shot  as I get on other rolls. In fact often you’ll only load 35. So this was a boon. 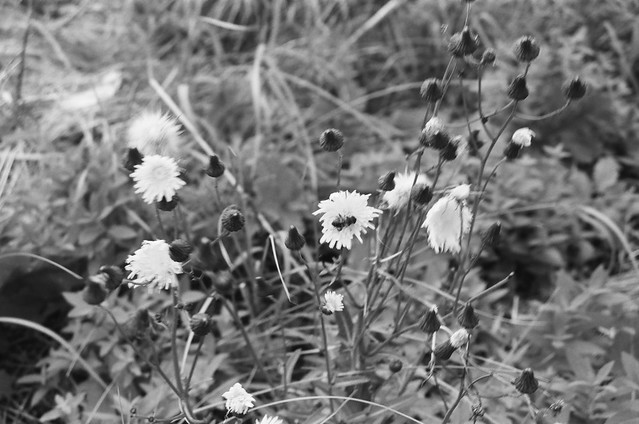 It is quite a nice 100 ISO B&W and certainly competent in use. Light conditions were complex. However the film seemed to have enough latitude to cope quite well with both highlight and shadows. It is a good balance of grain and contrast. From what I’ve read you can push more contrast in by shooting at 400 iso. Colour gradient seems pretty good to.

Given the withdrawal of Acros 100 and Ilford near dominance of the 100 ISO B&W market it’s great to have an alternative. 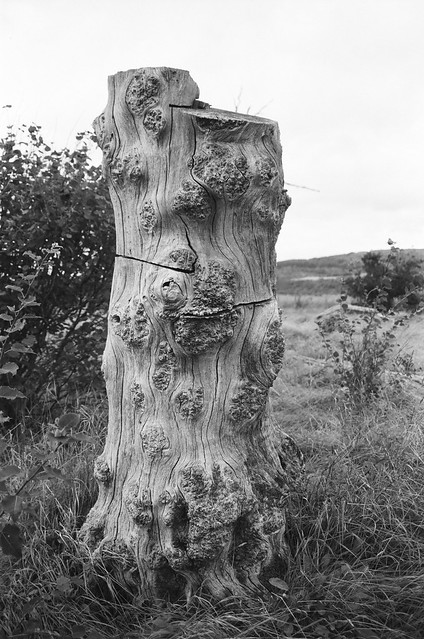 Is it hugely different to Fomapan 100 ? In truth on one roll I can’t tell you. Also I’ve tended to shoot Fomapan 100 in medium format only. It doesn’t command that big a priced difference and you do get that fantastic box in any event. You’re also investing in choice.

Mono is available from those good folk at Analogue Wonderland. You’ll currently get a 5% discount on your first order if you sign up to their newsletter. You can of course buy it from other good retailers. 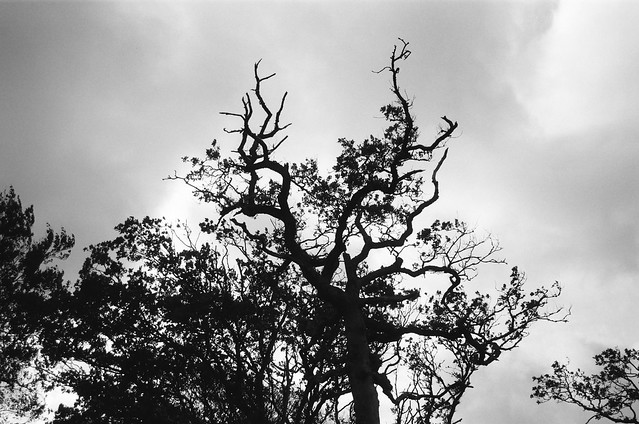