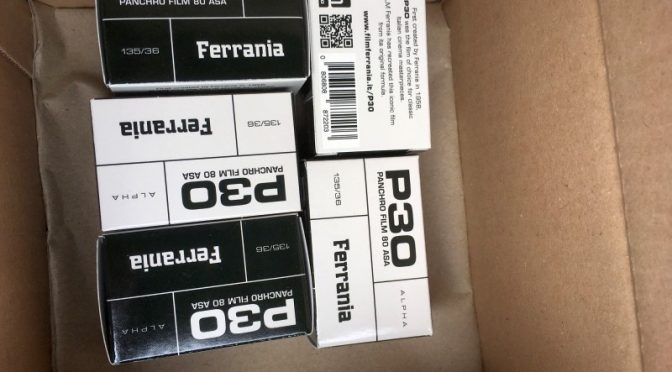 FILM Ferrania relaunch finally bore fruits earlier this year with arrival of P30, a panchromatic B&W film based on the legendary P30 movie film. I was lucky enough to be able as a backer to buy and try out some of the alpha release version.  But how well balanced is it ?

i shot one of my rolls on a Olympus XA @64 ISO and matched some shots on my reliable but aging Nikon D50 dSLR.  Film processing was done by AG Photolab, the recommend UK lab and is shown as scanned by them. The Nikon shots were taken on AWB @ 200 ISO in RAW mode. Grayscaling was done in Irfan Viewer. 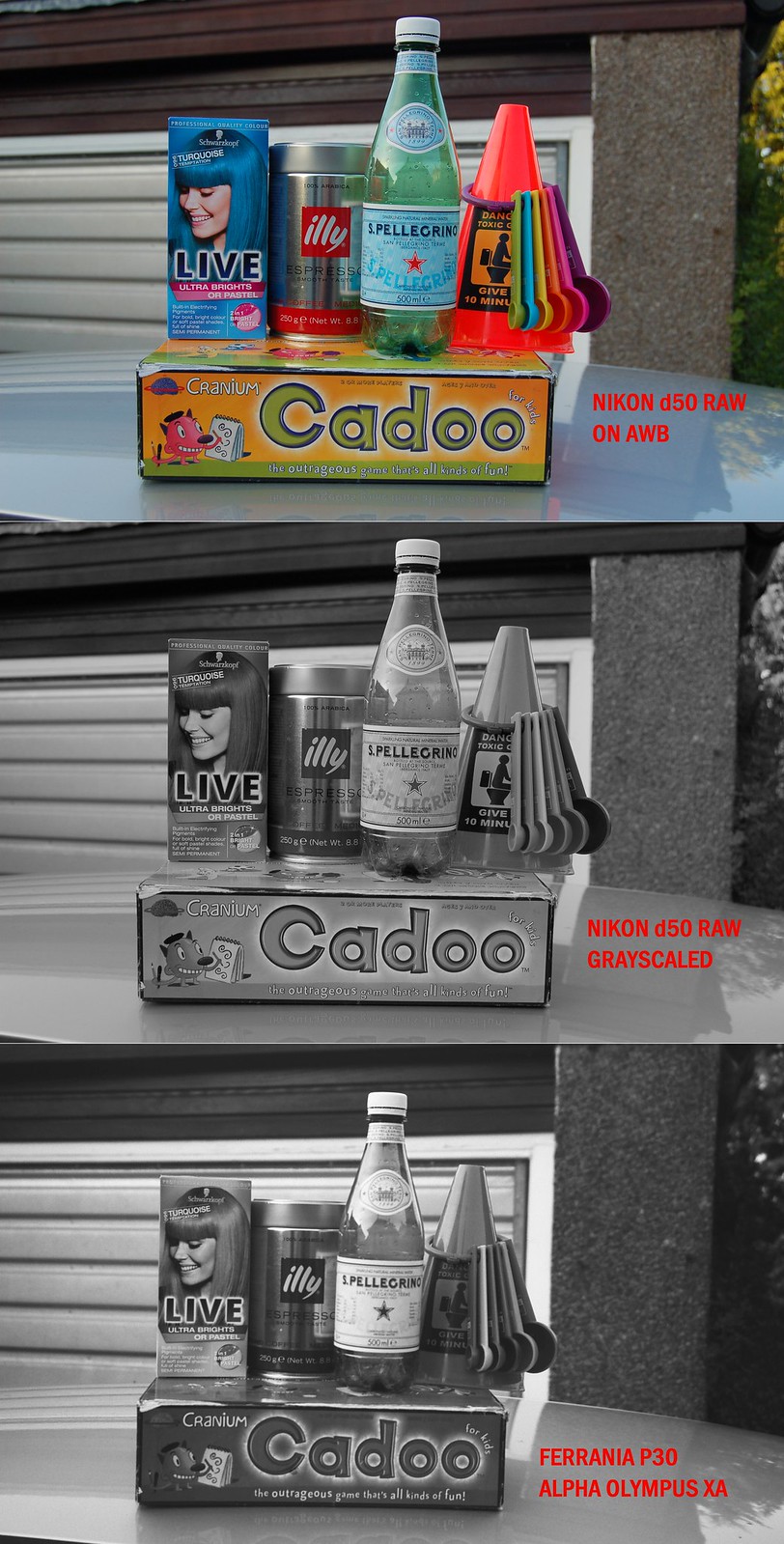 Deep Reds and Greens are much darker than the grayscaled digital shot. I’m not alone in picking this up. Otherwise tonal range is reasonable

Worth noting brighter reds and oranges are not as effected. The later photo was also has a shot taken on a IS-1000 with Ilford XP2. However there was a couple of hours between the XA & D50 shots and the IS-1000 shot

I’ll touch more on the P30 in an upcoming review