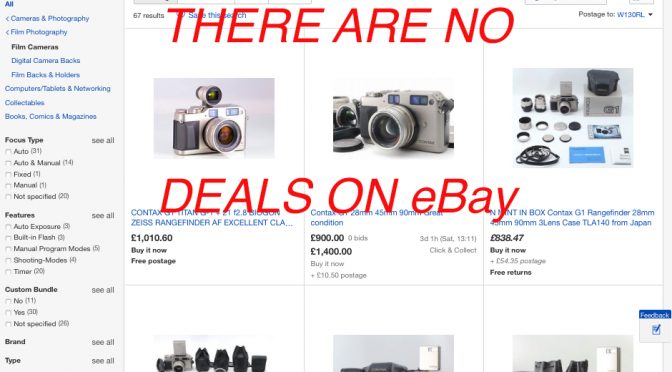 Film cameras aren’t as cheap as they used to be. When I began shooting film around 14 years ago, we all knew digital technology would only get better and prosumers and professionals were quickly selling off their equipment wholesale to begin the rat race that was the DSLR wars.

For a bit of perspective, as my first camera – I bought a kit from a hobbyist, a Canon AE-1, a nifty 50 1.8, a telephoto zoom, a macro, flash, filters, even a keen bag for only $90. Next to it, was a Canon EOS 1n body and lens kit for $100. The thought of a consumer camera being priced about the same as a full-on professional kit was ludicrous. The exodus was upon us.

Some cameras have gone up in value, others have gone down. Unfortunately, much of these trends are driven by what celebrity has been seen using something old, or what a blogger has covered in their last post. However, what’s more, is the stock has not changed. New film cameras aren’t being produced, we are just digging further down the same collective mine of old cameras – ever getting closer to day zero.

Even point and shoots have shot up in value over the past year. I bought a Canon AF35M in near perfect condition in November last year for $20. I dare you to find one no for under $50 today. 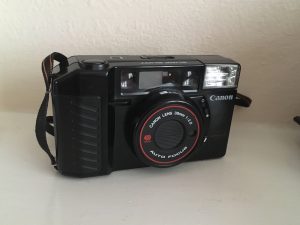 Here are some things to keep in mind if you’re looking to purchase a new camera.

There are no deals on eBay

Sure, you might get lucky and find something that the seller doesn’t know about or doesn’t care – and be able to snatch it up on a low Buy It Now price. But these are few and far in between. eBay is remarkably good for someone looking for something quite specific, need some assurances about the condition, or something like it. eBay is usually for those who are looking to make a profit – you need to go to their source.

Usually the result of an estate or house clear out. Old lady passes away, nobody can be bothered to clear out the house. Everything goes to charity. Most charity shops, especially in London and other big cities are pretty savvy nowadays on what they have. In fact, they often price things way over, thinking it will attract the vintage/antique market. However, there are deals to be had outside the M25. Be cautious – often times these cameras have been sitting in basements and lofts for years. Make sure you look them over properly or else you’ll have a pricey paperweight.

Well, this is where most eBay sellers go to get their stuff. People selling a lot of stuff quickly. Haggling is not only expected, it’s encouraged. At these sales, you’ll often find sellers with a lot of cameras – these sellers tend to know what they can fetch for their stock, Obviously, the most you buy, the more they are willing to negotiate – but these aren’t your targets. 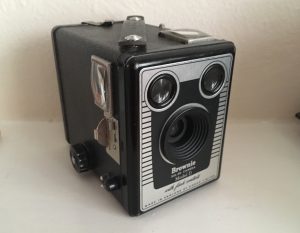 Just last week I went to the Denham Car Boot Sale, which takes place every Saturday. Walking through the maze of tables and box after box of box cameras – I found a subtle black bag with a Canon logo on it. Inside was my EOS 1n that I could’ve bought from years ago. I asked the seller how much. Shouted out 50 – an amazing price (clearly didn’t know what he had). These are the sellers you need to find. One lonely bag at the end of a large table – a large variety of items which no one could possibly know the value of. They will through any number at you, just to test it out. This time, he got it right. So, I reached into my pocket and realized I made the most rookie mistake I could – I ran out of cash.

Alas, the elusive EOS 1n got away from me again, but there are more out there and many other car boot sales to get them from.

If you are in London and would like to learn more about film photography check out Monochrome Foto.

5 thoughts on “There are no deals on eBay: Finding film cameras at the right price”