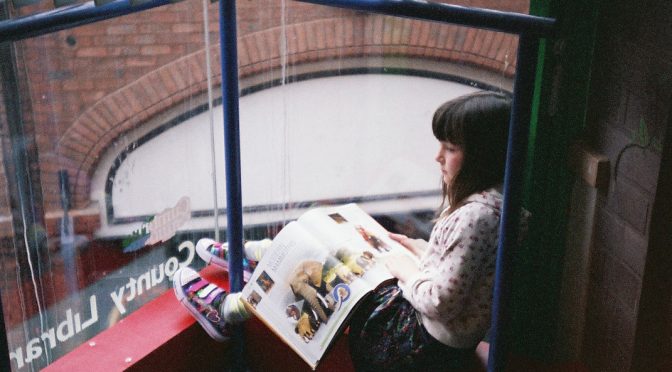 Lent is upon us but there’s no famine of good film photography articles out there. Here’s my pick going from vintage to brand new. There’s even a APS review ! We also here a voice differing to the herd, a bit of honesty and question of form over use. Pull up a chair and relax.

Over at Down the Road, Jim Grey has been thinning out his cameras for a while now. The latest one facing the axe is the Yashica Lynx 14e a 1960’s rangefinder with a ultra fast f1/4 lens. But is this and the legendary optics enough to save this form being sold on ?

When Fujifilm announced it was increasing prices by 30% on some products, there been quite a bit of vitriol about this. But Emulsive wants us to put down our pitchforks and torches, Fujifilm decision might not be that unreasonable in the global market place and may actually ensure the survival of their film production. See if you agree with this well crafted viewpoint.

One for the ladies ?

I listed the Nikon EM as a hidden gem a few weeks ago and Mike Caputo gives us a tour and explains why he loves a camera infamously marketed for women in the 70’s. Sexist advertising aside this as you’ll see at 35mmc is a gem of a SLR.

James Tocchio of Casual Photophile gets his hand on the designer weirdness that is the Olympus Écru. Designed by Naoki Sakai like the O-Product before it, this was a concept camera that caused ripples in its day. But is this a collector’s item or any good as a shooter ?

I’m well known to be a huge fan of the Olympus PEN EE series of fixed focus half frame cameras. Mike Eckman takes a look at the more capable sibling the original PEN EE-S. Aclassic camera in its own right, this would lead to the even more legendary Trip 35.

The Future is 3D

Bit late with this technically but this is worth listing. Reto have essentially resurrected the 3 shot 3d camera concept first seen with the Nimslo 3D. But their twist is to skip the lenticular printing to use an app to create fantastic 3D animated .gif. Have a squiz at Kickstarter but hurry they’ve already surpassed their target and backer options are running out.

T in the Snap

Over at Camera Go Camera, there’s been a couple of reviews of APS cameras. The latest is of the Pentax Efina T a great camera but hampered by the lack of fresh APS film

Petapixel picks up the Meyer Optik Gorlitz Nocturnus lens was actually a rebadged chinese made lens not one made in Germany, The new owner of the company deserve some Kudos for being honest enough to announce this but that will be cold comfort to folk who shelled out over $2000USD more on a lens they could have bough for much cheaper from its actual maker.