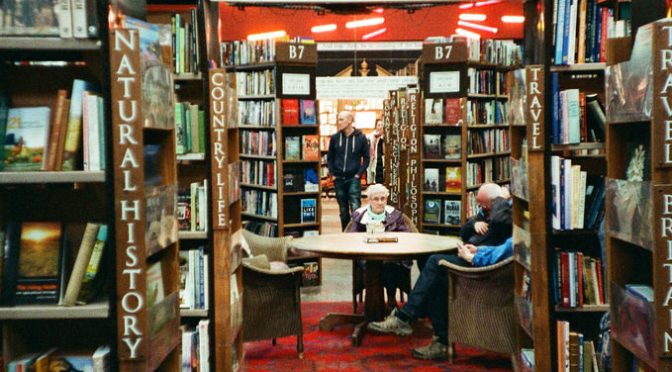 Goodness this has managed to run for 6 months ! We’ve six great post this week from the Lomo inspiration to taking an iconic shot. There’s some bad news, wishful thinking, failing to launc and marching for rights too ! Pull up a chair and relax.

Many sites carried the sad news that Tetenal is no more. Tetenal has made photochemicals since the 1800’s and concerning are one of the major suppliers of photochemicals under their and others like Kodak’s name. However as Emulsive notes there may be some hope the company can still be saved.

In 1936 Dorothy Lange took one of the most recognisable photo in US History. This great little YouTube video (in portrait not landscape) tells the story behind the shooting of the ‘Migrant Mother’

Hamish at 35mmc, gets his hands on the Cosina CX2 and finds much to like but some issues with the camera that purportedly insider the LC-A.

Kosmo Photo ponders if Kodak are now going to bring back Ektachrome in 120 and sheet format maybe they could bring back more films. Here’s 5 suggestions by Stephen although he missed the most important IMHO BW400CN !

Blatherskite takes a slightly light leaky Holga and some
Arista EDU 400 along to the Women’s March in Oregon with some interesting results.

The Reflex camera continues to edge slowly to production. The current delays are down to the shutter and given Reflex is launching its own 40mm lens some backers have queried if they’ll ever see what would be the first new SLR in over a decade. Credit to Reflex they’ve rose to the challenge with an interesting offer to disgruntled backers