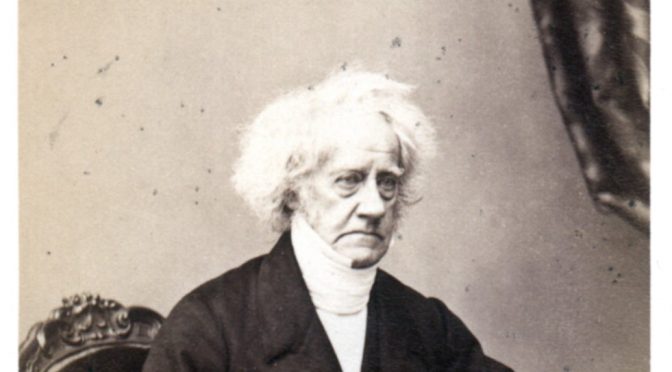 Two for the price of one this time. Before the 1860’s Photography whilst not new was still in it’s infancy. It could be pricey to get your photo taken . But the simple concept behind this image was going to change that. It not only usher in cheap studio prints but also led to the so called cardomania craze.

But without the man in the picture, photography might not have come into existence.

Our item today is a small print made on an albumin emulsion on a card backing. The image was taken and printed by in the studios of Henry Maull & George Polybank.

The technology behind this was a simple & small step. It really didn’t add anything to the science of Photography . But it was a massive leap in its commercialisation.

In the 1850’s if you wanted a professional photo you had a choice of a few chemical methods mainly the Daguerrotype or Collodion positive methods. These could make unique single prints easily enough but did not lend themselves to making multiple copies.

If you had the money you could fork out for wet collodion negatives and then prints but that was insanely expensive. But what if you put multiple smaller frames on one collodion plate ?

History suggests that another French photographer, Louis Dodero, came up with the concept as early as 1851. The camera Disdéri initially used was made by an Antoine Claudet who showed it at the great Exhibition that year. But Disdéri was the one who was able to marry the concept and the technology together. He also cannily patented it.

Disdéri used a 4 lensed camera with a sliding frame that took 8 smaller frames on a single wet Colloid plate. This massively reduced the cost for a single shot and was a huge success. But Disdéri had another stroke of commercial genius……

The photos Disdéri made were approximately the size of a calling card. Unsurprisingly they acquired the french name – carte de visite (CdV). For family or individual portraits it was a great success. Exploding in use in the US during the American Civil War, as you could get cheap prints to post cheaply to loved ones.

But whilst CdV ushered in an important step of making photography affordable for the masses it wasn’t the only impact. Folk ended up filling their photo albums not just with shots of themselves but started to collect images of the great and the good. This so called Cardomania was basically the Victorian era equivalent of baseball, Panini football or Pokemon card collecting.

Disdéri triggered it by selling an images of the French nobility and Cardomania took hold and spread rapidly across Europe and beyond.

Which takes back back to London. Maull & Polybank had reputation of taking photos of the great and the good . And this in turn leads us to the Carte de Visite shown. Its date is not entirely clear. We know that Maull and Polybank parted company in 1866. The image is also not in Maull’s 1859 Photographic Portraits of Living Celebrities series.

But without the subject, Maull and Polybank may not have been able to take the photograph. The term Photography was even coined by the sitter.

That man is Sir John Frederick William Herschel. I could be writing a blog on astronomy, design, biology, translation of the Iliad, meterology, Scientific method and a host of other topics. Herschel would be included.

John came from a family of huge importance

You’ve probably heard the Herschel name from that big Herschel space telescope of a few years back. But it’s not named after John even those his work in Astronomy was vast. It’s named after his dad William Herschel. William started out as Oboist in the the Band of the Hanoverian Guards but he ended up one of the most foremost Polymaths of the late Georgian era. He was a massive figure in the world of astronomy & telescope development. But his skills were not confined there. His sister (John’s Aunt) Caroline was another Polymath despite a relatively poor upbringing. She was an influential Astronomer and musician in an age when women’s roles were very housebound. She was the first woman to be salaried as a Scientist, hold a government position and be awarded a Gold Medal by the Royal Astronomical Society.

Like his father and aunt, John was a brilliant Astronomer. Amongst other things, he discovered new Galaxies, some of the moons of Saturn and Uranus and invented the actinometer for measuring the heating power of the sun’s rays. He graduated from Cambridge winning the title of Senior Wrangler (one of the top undergraduate awards in the UK). It’s notable he beat his friends George Peacock and Charles Babbage to this.

Away from space his 1831 A preliminary discourse on the study of natural philosophy became a massively influential discussion and scientific study. It certainly influenced a young Charles Darwin whom later met John. Darwin would incorporated some his ideas into The Origins of The Species. He also referencing John in the opening lines. Notably the 2 are buried beside each other.

And that’s just some of his abilities.

But this is a photography blog and boy did John contribute here !

John was the first person to use the word photography in 1839. The terms emulsion, positive and negative were also first used by him. He is also credited as first using the word snapshot.

He’s also the first person to take a photography on glass plate in 1839. Notably this was of his dad’s 40ft telescope, the largest scientific device built to that point.

He developed some important milestones in the chemistry related to photography. He is best known for the cyanotype which he developed in 1842. Using solutions of ferric ammonium citrate and potassium ferricyanide you can create a mildly light sensitive solution. This can be applied to fabrics or backing material. Most famously used in the reproduction of technical drawing – the salts colours give rise to the term ‘blueprints‘. But the technique can also used to make photographic prints and photograms.

However he discovered a more important but less well known key chemical reactions. Without this film photography would not have existed. Back in 1819 he was the first to notice that sodium thiosulphate (hypo) was a solvent of silver halides. He had effectively invented fixer. He would inform both Daguerre and Talbot of his discovery and the rest is history.

His Carte de Visite can be found in several Museums around the world ( The one shown is from the Smithsonian).

Colin Harding does an excellent post on the Museum of Science and Media’s blog on Carte De Visite and how to spot ’em. The Ephemera Society’s has an interesting take on the history of Carte De Visite. Wikipedia is a good starting point for reading more about John Herschel. Another Photography orientated Bio of him can be found at the International Photography Hall of Fame & Museum site.