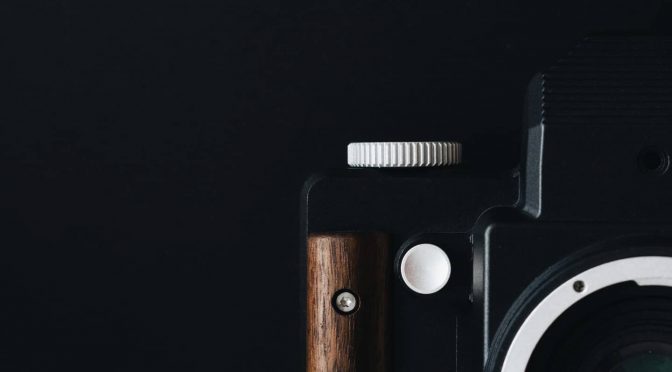 In the last few weeks Nons have been teasing a new instant SLR based around the Instax Square format. The initial shots suggest that the SL660 has some relation on their prior SL42 models but in some ways very different. But if they can pull this off would be a major advance.

As I said before the Nons SL42 is one of the most important analogue camera of recent years. It shows not just a willingness to create a new concept but that someone can actually make an analogue SLR for profit in 2021. The cameras are not without their flaws but are still very important. The models use the Canon EF mount to allow folks to add almost whatever 35mm SLR lens they wanted to via adapters.

But one issue was the frame size.
The SL42 used instax mini. This makes sense as even the mini format is considerably bigger than the 35mm frame size. The original had marked vignetting and the later Mk II model introduced an optical extender which reduced that.

Now Nons are teasing a newer camera called the SL660. information is limited to three bits of media – a short video showing a film back/holder ejecting a Instax square and more importantly 2 partial shots of the camera

Nons have now confirmed that the SL66 is a Instax Square SLR that uses 35mm SLR lenses and has a built in extender. But that’s all they have confirmed to date.

But there are a few clues

The name is interesting. There are only 2 cameras i can think of with 660 in their title one a forgettable fixed focus Premier PC-660 (weirdly I have one of those).

The other perhaps is a more important nod the Polaroid 660.
Not a SLR but a widely sold instant camera of another generation

A picture says a Thousand words

The newest image although limited tells us a few things

There has been some notable style changes on this prototype model. The two most obvious are the wooden grip (1) a nice touch that I hope carries on to production and what looks like the shutter button being moved to the front (2). I personally prefer a downwards shutter button but this may make more sense depending on the camera’s overall dimensions.

The shutter speed dial remains on the same side (3). Some restyling is evident on the pentaprism hood (4) and the non TLR metering cell has move slightly (5). Likely the metering will be the same as the SL42 series as the lens cannot be coupled and you can’t get a TLR stop down reading. With the SL42 the meter gives a suggested aperture value matched to the shutter speed.

The mount (6) is again a passive Canon EF one, It matches the flanges on the SL42 (seen here in MkII guise with the NFE)

And that makes sense. The EF mount has the widest flange distance and allows for more lenses being mounted via adaptors. As the the original suffered from marked vignetting using the Instax mini format. The presence of optical extension (7) is no surprise. Nons did a good job with their removable extender the NFE and I’m hoping this built in one lives up to it’s predecessor but it doe have a lot more work to do,

We know there is a motorised instax eject system from the video.

The Second shot shows the other side of the mount.

Again we have stylistic revisions but what is striking is just how narrow the body is lengthwise. Again the optics in the field extender are visible and the lens mount again looks like a passive EF one. Behind the release is a another lever – I’m guessing for re-cocking à la SL42. But it could drive the film eject system.

And that’s all we know or can deduce.

The Biggest is unknown is what this camera will look like. If you told me about this without those images I’d have gone for a SL42 on Steroids about the size of a Kiev 6c. I’d have assumed same leaf and sliding mirror arrangement but maybe just bigger.

But that’s not the story the camera image suggest. we have body much narrower than a SL42 !. We have no idea how deep the body goes either but I suspect probably not much more than the SL42 excluding the bult in Extension bezel.

I’m guessing this will be more like a dSLR or late 35mm SLR in proportions just much bigger.

Power is likely via a lithium cell like the SL42 MkII

3 wish list thinks I’d like to see improved on with the SL660. First if possible a faster shutter – that may not be possible if using same leaf set up. But 800ISO and top speed of 1/250 is a pain in bright light and forces you to use ND filters. Second I hope there is an option for cable point (the shutter button may well unscrew to allow this). Support for older simple flash units would be nice. The last models work well with modern units but not older ones for some reason

Given form I’d assume a launch on Kickstarter for this later in 2022. I’m guessing the earliest February but more likely 2-4 months later

It doesn’t feature at all on Nons’s main site. But these images feature on Nons’s Instagram and Facebook feeds